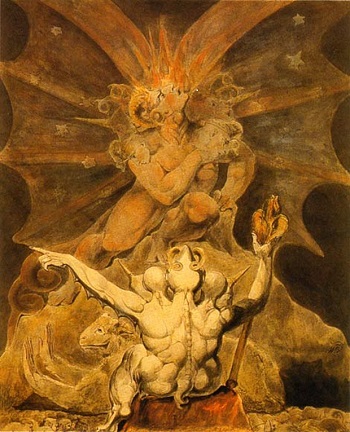 As Mars reaches out to sextile Chiron, activating our inner healer on April 4, Pluto reaches its conjunction to the South Node. The last time this occurred was August 2002. This was the year the Euro coin was introduced so it captures my attention just as the UK are still mid farcical Brexit negotiations to leave the EU – not that we ever had the coin but still, the link is hard to ignore. Harder still to ignore is that this was also the year that the US government introduced Homeland Security after the terror attacks of 9/11. Pluto is the planet associated with war.

As Saturn also meets the South Node this month on April 30, it’s important to bring together these two mighty forces. Unlike Pluto though, Saturn will form three conjunctions to the South Node. With Pluto, once is enough (!) because this is the moment when we stare consequences in the face. This is collective karma at work, the shadow, the underbelly is now clearly visible. Remember too that one of Saturn’s other names is ‘Lord of Karma’.

Pluto indicates we must eradicate the problems that are draining us and keeping us stuck. Saturn shows that we have become too restricted and the structure of the system is broken. On the world stage we’re looking at the giant power games within and between governments; deep ingrained toxic masculinity; the mysterious ‘powers that be’, the holders of authority; the banking system; the wealth of the few compared to the many. If Saturn is Old Father Time then this is a death knell. Time has run out. On a personal level, each of us are asked to consider our personal responsibility in collective matters. These aspects don’t pull any punches. It is hard hitting and it needs to be. This morning [written March 15, 2019], the first thing I saw on my Facebook feed was the utter disbelief that 49 people have been killed in a terrorist attack in New Zealand. It has to stop. Pluto rules extremism. Saturn is hard lines. We have manifested (Saturn) a monster (Pluto) and now it’s come back to bite us in the backside (the South Node is also the Dragon’s Tail!). Wafting some sage and sending up a prayer is not going to cut it. We must all root out our own shadows, grow up, reclaim our power and stand strong with integrity. As the North Node travels through Cancer, we are pointed towards becoming a family again but we can’t feel secure with one another until the violence and hate stop. The system has to fundamentally change, and we are the ones who can change it.

The New Moon in Aries on April 5 widely squares the Saturn, Pluto, South Node conjunction. Typically a time of intention setting and new beginnings, our efforts are hampered unless we address old issues. Saturn’s restraint to the Aries energy can be infuriating but right now we need to be cautious as we don’t want to repeat the same patterns over and over. Also, it’s not about throwing out everything we have learned. The squares suggests that some aspects of our past are worth holding onto as we can put them to the service of our new mission.

Jupiter stations retrograde in Sagittarius on April 10. Aspects of our lives that have been going through a phase of growth begins to slow down. Again, the reaction might be to fight like a horse against a bit held too tight but we need time to study developments to ensure that we are going in the right direction. Inner growth must be matched with outer growth. Sagittarius energy can get carried away, buoyed on a tide of optimism. Whilst Jupiter is King here, there is still the danger of going too far too fast. The retrograde period gives us some natural time for reflection.

Mercury will exit the shadow zone on April 16. By now, the difficulties from the retrograde period should have resolved. We can now fully assimilate everything learned during Mercury’s backtrack through Pisces. Mercury then finally enters Aries on April 17 and after almost six weeks in water, this is like taking a giant, gasping breath after being underwater too long! Mercury rules the lungs! Finally, heads are clear. Finally, we can see where we’re going. Finally, we’re free of the undertow of turbulent emotions. Mercury in Aries is decisive and we’re quick to speak up, perhaps especially after Mercury was swimming so long in the silent Pisces waters. It’s easier now to express ideas with clarity and also to be more assertive when it comes to saying what we want. Still, we do need to ensure we have all the information we need before making important decisions because generally this sign favours action over thinking it through!

The Full Moon on April 19 is the second Libra Full Moon this year. As the Moon will be on the final 29th degree of Libra, its critical that we resolve issues in our relationships. This could easily tip over with Libra’s scales so precariously balanced. An out of sign lunar opposition to Uranus brings an unpredictable edge. Individual freedom versus the need for working partnerships in all ways is a challenge. The solution is shown by the Sun and Moon’s squares to Pluto and the South Node. Again and again we are pushed back to the same issues. We must cleanse from the bottom up, focus on what’s in our control, allow for grey areas instead of seeing everything in black and white.

The Sun then enters Taurus on April 20 (happy birthday to me 😀 ). This transit asks that we focus on practicalities and appreciate the simple life. Taurus likes things to be as uncomplicated as possible. Whether we’re tending the garden or doing the accounts, we need to just focus on the task at hand. There’s no rush. Venus also changes signs on the same day, but she is one sign behind in Aries. Whilst it isn’t the sign where Venus functions at her best, hearts are bursting with fiery passion. If we can combine that with the Taurus Sun’s steady pace than this could be perfect for creative projects and adds a little spice to relationships.

Pluto stations retrograde on April 24. The Sabian symbol is ‘A Woman Entering A Convent’. It reiterates the idea of cleansing and eradication of toxic materialism. That said however, this symbol could also speak of the ill treatment of women, further Catholic Church abuse scandals, the constant propensity to split woman into two categories, namely virgin and whore. Not to mention the whole thing about controlling women through fundamentalism in certain faiths, both East and West. Still, with Pluto stationing here, it suggests that the greater faith we have in ourselves, the more empowered we are.

A square between Mars and Neptune on April 24 is challenging as this combination can confuse us so much we don’t know what to do. Motivation too can also be affected as energy levels dip and lethargy takes over. “Give me a reason to keep going and I will” says a tired Mars in Gemini who is trying to rationalise weird feelings that seem impossible to decipher. A further challenge is that this aspect forms one half of a T-square as Mars is also now in orb of an opposition to Jupiter. Often Mars opposite Jupiter wants to do everything. We don’t want to choose, we want to pursue every dream. We’re frustrated by having to decide because we don’t know what is best. The trick with Neptune at the apex of this T-square is to reacquaint ourselves with what is meaningful. If we feel like we’ve lost the reason for why we’re doing what we’re doing, it’s best we go back to the beginning and remember why we started what we started.

The end of the month sees Saturn station retrograde on April 30, followed by the Saturn-South Node conjunction mentioned above. Now we’re really feeling tested but if we can steel ourselves, we can rise to the challenge. Ever the realist, Saturn shows us what is possible – but first we need to get unstuck. Combining perseverance with a positive approach can help us close the doors on old business. We can’t afford to stick our heads in the sand and moan that nothing can be done. We are all accountable.

Painting – ‘The number of the beast is 666’ by William Blake