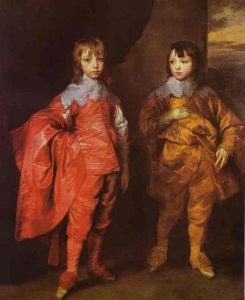 Are you ready for a quieter month? Well, I should put ‘quieter’ in inverted commas as nothing is ‘quiet’ whilst Saturn and Pluto remain in a conjunction. And this conjunction goes on and on and on as aside from a couple of weeks in May 2020, this aspect will be in orb until December next year. I was reading about the rebuilding of Notre Dame and how although Macron has stated he would like to see it done by 2025, many specialists are saying it could take years longer. Whether it does or doesn’t get completed by then is anyone’s guess, but the symbolism once again struck me. Maybe Notre Dame’s rebuilding will become an emblem of our transformation. Maybe when it once again stands open to the public in all its new glory, that will be the time when we have done the job that this long Saturn-Pluto conjunction requires.

The other important point to mention here which unfortunately exposes the Pluto underbelly is that billions of euros have already been offered for the restoration. These multi-billionaires never mind millionaires (!) are coming out of the woodwork to lend a hand. I as much as the next person want to see Notre Dame restored but it does kind of stick in the throat that there are so many other causes that would benefit so many people- like hospitals, schools, creating homes for the homeless, supporting emergency services and the list goes on. Don’t forget Pluto rules wealth and power and it’s clear that there are billions and billions and billions of pounds, dollars and euros that are held by the few.

Still, back to the Saturn-Pluto conjunction. Wherever the Saturn-Pluto conjunction is occurring in your own personal chart, you are doing your own demolishing followed by rebuilding which will ultimately result in complete transformation which can stand the test of time. Also, as Pluto is in orb of a conjunction with the South Node until September 30 and Saturn is in orb of a conjunction to the South Node until November 13, the long, intense trial of this conjunction is given added weight by strong karmic overtones. There’s not really any way we can sidestep the lessons we need to learn, nor the required work or changes.

This then forms the backdrop to the ‘quieter’ month. May begins with a New Moon in Taurus on May 4 which is well supported by a trine to Saturn and sextile to Neptune. Wow, Saturn (build, construct), Neptune (sanctuary, holy place!). As mentioned in previous posts, we have the Saturn- Neptune sextile this year which is linked to the manifestation of dreams but certainly could fit with the mundane theme of the moment. For all of is then, this New Moon feels like we are on fertile ground for new growth. Taurus is connected to burgeoning blossom of late spring and there’s still time to plant out late summer flowers. What we begin now may take time to germinate (Saturn) but if we have faith (Neptune) and patience (Taurus), something beautiful can emerge.

On May 5, big action is indicated as Mars moves in to oppose Jupiter however, we need to take care that we don’t overdo it. Mars in Gemini is already multi-tasking and with Jupiter telling us we have bags of energy to spare; the temptation is to say yes to whatever comes our way. Before we know it, we could have a pile of stuff on our to do list and a bunch of emails all demanding our attention. Book addicts beware, with both planets in signs associated with education, literacy and literature, it may be hard to choose between just one text. I for one might have to curb my trigger happy ‘buy now’ finger as I always feel like I can never have too many books. The problem is that too much information could end up burning out over-active minds. The other issue with this opposition is that we could be quick (Mars) to judge (Jupiter) which could result in increased (Jupiter) anger (Mars). Driving too fast too could be an issue. Slow down.

Mercury will help temper the pace on May 6 as he will enter leisurely Taurus. Our thinking becomes more ponderous and deliberate and in communication we tend to be slower and more considerate in our speech. Thoughts turn to practical issues such as money matters and work. We also may need to include more rest time so that we have time to think through any problems as Taurus never likes to be pushed for an answer.

The First Quarter Moon on May 12 sets up some tension as the Moon now in playful Leo would rather do anything than work. It’s not that the Taurus Sun doesn’t like to spend time smelling the roses, but it does prefer to complete jobs first. The Moon in Leo however is like an excitable dog, insisting that it’s time for walkies. We need to honour any promise to ourselves that we’ll do something enjoyable after a hard day’s work else this aspect can turn whiney.

Love Goddess Venus enters Taurus on May 15. Now that she is in one of her home signs, Venus feels more able to express herself. Love become a source of security. This transit is lovely for lovers and good for all of us to get in touch with our physical body. Having a massage, a haircut, curling up under silky sheets, using perfume, oils, incense and of course food – anything to reconnect with our senses. The only downside to this transit is that it can bring out underlying issues of insecurity, especially in relationships. As a result, the shadow side of Venus here can trigger possessiveness and treating people like they are an object that can be owned.

As the other half of the cosmic lovers enters Cancer on May 16, we are entering a very touchy-feely period. This transit brings out our inner soldier’s nurturing side. We are motivated to create a home, a nest, a place where we feel safe and warm and loved. Anything that threatens our private life though can bring out Cancer’s claws in an instant! The challenge here is that Mars is on edge and sometimes we can be quick to react with defensiveness. Mood too can affect our ability to go after what we want. Our motivation is affected by our emotions and we may be more circumspect, approaching things indirectly rather than head on to minimise risk.

The Full Moon on May 18 takes us to an even deeper place, enhancing the sense that security issues are strongly on our minds. The Moon opposes a Sun-Mercury conjunction in Taurus generating inner conflict. The Sun and Mercury would like to keep things simple in easy Taurus but emotionally we want to get under the surface of life. We could be suspicious of what is said or uneasy expressing our thoughts. The Moon’s out of sign trine to Chiron brings further sensitivity but also suggests that we can choose to build bridges rather than to get stuck in differences of opinion.

The atmosphere lightens again on May 21 as both the Sun and Mercury leap into airy Gemini. Now we are happy to discuss our differences and welcome alternative perspectives. These are chatty, happy transits that encourage us to reach out and connect. Neptune’s trine to the North Node on May 22 also reiterates the need for bonding. We would also do well to watch for subtle signals from the universe that point us in the right direction. Dreams and intuition are heightened so don’t discount what goes on in your gut. The Gemini influence may prefer making decisions through rational deduction and a list of pros and cons but sometimes it just comes down to what you feel.

Mars sextiles Uranus also on May 22 activating our inner scientist and giving us a taste for experimentation and innovation. This is a chance to change our strategy if what we’re doing isn’t working. By being open to different methods we free up energy. When it comes to creating goals, it’s best we don’t worry too much about the competition and just focus on our unique abilities and passions.

Mars’s square to Chiron on May 24 is the only fly in the ointment so to speak. This aspect could bring out the natural defensive nature of Mars in Cancer so that we retreat when hurt. Alternatively, we can work on the high side and pay attention to what presses our buttons so we’re better informed of our weak points.

May ends on a quiet but possibly tense note as the Last Quarter Moon in Pisces squares the Sun in Gemini on May 26. Once again, we have a pointer that intuition needs to be favoured over rational explanation although we must make sure not to discount important information. It’s possible that we feel muddled by the array of ideas or we feel uncertain whether the information we have is good. Conversations and attention could wander off track. It’s only a brief aspect but still, something needs to resolve before we turn a corner and head towards the next New Moon. We can’t afford to discount what is going on unconsciously. Write down your thoughts, make poetry of words, use bibliomancy to ask a question. The guidance is there if we’re willing to listen.