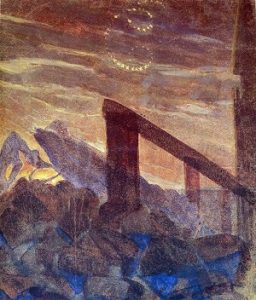 We have an astrologically busy summer coming up. June begins with a New Moon in chatty Gemini on June 3 and it seems we have a LOT to talk about. This New Moon activates the Jupiter-Neptune square that perfects later in the month by widely opposing Jupiter and squaring Neptune. There are big ideas, escalating conversations, woolly thoughts. We’re talking about daydreams, beliefs, lies – great big whoppers! It’s stories of the one that got away… For the writers and artists, it might seem like we’re tumbling under the weight of ideas but we need to write them down before we forget because Neptune will drag them back into the subconscious in the blink of an eye. It’s super creative but also super confusing.
Gemini ruler Mercury then enters Cancer on June 4 where thoughts turn to family matters and home. We may find ourselves thinking about the past or ruminating. Conversation has more emotional content as we experience an urge to talk about our feelings. But if we feel hurt, Mercury retreats into Cancer’s shell and the atmosphere becomes sulky silent.

With Venus entering light-hearted Gemini on June 9, hopefully that will help to cure any mental moodiness and encourage partners to talk – even if it’s off topic. This is a light-hearted, sociable transit. Whilst some might be infuriated by Venus’s tendency to vacillate when it comes to love, we can enjoy just making connections and a little flirtatious banter. What Venus likes in this sign is making friends, skimming magazines, chatting with neighbours, ringing siblings for a natter over coffee. Variety is the spice of life.

The First Quarter Moon in analytical Virgo on June 10 pushes us to sort out truth from lies, fact from fiction. But it’s complex because we now have a Grand Cross in the skies as the Sun tightly opposes Jupiter and the Moon tightly opposes Neptune. Life feels messy. The head says one thing, the heart another. It’s difficult to have faith because we don’t know what to believe. Still, Virgo energy will push us to figure out what might be useful going forward but don’t expect everything to be clear just yet.

Mars then takes over the picture with a conjunction to the North Node on June 12. It’s like a lighthouse in the fog, the signal we were looking for! “This way”, shouts Mars and we follow. But there are still some rocky outcrops to navigate in these mysterious high seas.

On June 14, Mars activates the Saturn–Neptune sextile by opposing Saturn and trining Neptune. Mars opposite Saturn brings us head to head with some kind of delay, block, trial, problem. It’s authority getting in our way, the boss thwarting our goals, rules getting under our skin. To find a way through, we need to defer to Neptune. He tells us that we must act on our intuition, practice compassion or forgiveness, yield. It’s hard for Mars who always feels like he must fight to the death, defend, battle the conflict – but sometimes it’s better to surrender.

Jupiter perfects the second square to Neptune on June 16. I wrote about this aspect on Patreon back on December https://www.patreon.com/posts/jupiter-square-23658008 – this was a public post so anyone can read it. In many ways it is reminiscent of the burning of Notre Dame, a giant church, a great loss. And yes, there is much more going on in the world than that but still, the symbolism is very apt. After loss however comes reconstruction, a function of Saturn. Saturn sextile Neptune perfects on June 18. So, we have a story here about great hopes falling, dreams lost, burst bubbles but also a promise that we can rebuild or create something beautiful – as long we’re realistic and we’re willing to do the work.

In between these two great aspects perfecting, we also have a Full Moon in Sagittarius on June 17 and yes, this too aspects the Jupiter-Neptune square by being in a wide conjunction to Jupiter and wide square to Neptune. This T-square pattern makes Neptune the apex. We must deal with our illusions. We must find a way to reconnect to our soul urges and each other. We need to get deity on the phone and have a conversation with God, Goddess, whatever we believe in. It seems like for much of June, we’re asking questions like what is meaningful? What do I believe? What is the truth?

The atmosphere intensifies as Mars opposes Pluto on June 20, just as Mercury enters the shadow zone. The impetus is to batter through fear, smash enemies, beat it down, fight for control. Mars and Pluto brings up deep rage, especially with Mars in emotional Cancer where perceived personal sleights burn for an age. If conflict has been simmering under the surface, it could manifest during this transit. Yes, it can clear the air if approached carefully but as Mercury is also entering the shadow zone, maybe not everything is all said and done. We also need to take care that we’re not coming on too strong or trying to force a point. We need to know when to back down.

Neptune stations retrograde on June 21, just as the Sun enters Cancer. It means Neptune is stationary in this seasonal, solstice chart, fixing these energies in place for the next quarter. Neptune stationing is a wobbly time and we’ve already been trying to figure out what is real and what isn’t with the great big Jupiter-Neptune square. As Neptune retreats, what is revealed is where we have been deluding ourselves but the station itself is the moment when you blink and squint and try to figure out exactly what you’re seeing. With the Sun also unaspected, basically we don’t know whether it’s a mirage on the horizon or the sanctuary we were looking for. It’s going to take some time before our eyes adjust and the truth emerges.

The Last Quarter Moon on June 25 brings up tension as we try to resolve the final issues in this lunar cycle before the next New Moon. With the Moon in Aries, we need to appear strong but the conjunction to Chiron suggests a weakness is visible. Do we ask for support from the Sun in safety conscious Cancer or do we push ahead to prove our strength? Thankfully the Moon is supported by a close trine to Ceres which takes the hard edges off Aries and adds a nurturing, protective energy. Wide, out of sign trines to Mercury and Mars also give us energy and an ability to communicate our feelings.

The month ends with Mercury entering Leo on June 27, but this won’t be for long due to the upcoming retrograde period next month. For now though, we can enjoy a boost in confidence when it comes to speaking our thoughts and playing out ideas in our heads. Whilst sometimes Mercury in Leo can overstate the point for dramatic effect, this transit does help us to promote ourselves effectively as long as we’re expressing what truly comes from the heart.