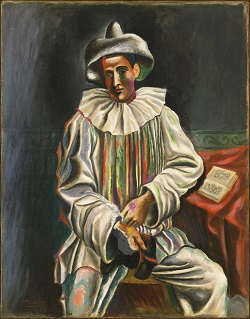 This is a total solar eclipse, visible from parts of New Zealand, Chile and Argentina. The eclipse belongs to Saros 127, a family of eclipses that began back in Viking times in the early middle ages. If you want to know more about the seed chart of this Saros series to get the big picture overview of this family of eclipses, I have written an article about it on Patreon.

Eclipse patterns also repeat every 19 years due to the Metonic cycle. You may also find it helpful to reflect back to July 2000 as there was a solar eclipse conjunct the same degree back then.

The energies of this New Moon are electrified by the eclipse, amplifying its effects. This is a North Node eclipse so events occurring around this time are pushing us towards our soul’s evolution. Eclipses tend to have an unpredictable nature to them – things happen out of the blue, weird events, sudden realisations. But whatever occurs, there is a gift, like the diamond ring that appears as the eclipse passes. As the Moon crosses the face of the Sun, what was unconscious becomes conscious, what was in shadow steps into the light. Our lives may in some way reflect the motion from darkness to light, from unknown to known.

The Moon is strong in her own sign, so emotions too are heightened. This is a super sensitive sign that is focused on protecting home, family, territory. Cancer may be soft on the inside, but it has a hard shell. When hurt or threatened, the crab emerges, claws at the ready.

This morning, as I was waking up, I could hear banging and crashing, voices, shouts. It turns out that there was a police raid in the neighbouring block. The police visited afterwards, to reassure residents. It seems a perfectly fitting representation of some of the energies of this eclipse.

The eclipse opposes Saturn (authority, rules, limitation, structure) and Saturn is about to conjunct the South Node for the second time on July 4. The South Node is connected to old karma and Saturn himself is also Lord of Karma. This eclipse then pushes us to face a karmic situation that must be addressed. There’s no sidling out of it, no shutting the door in Saturn’s face. The door is off its hinges, rammed in by reality and of course protective Cancer is likely to react to that. Instinctively we want to shut down. Our claws grip tightly onto those things that feel safe. But Saturn is in the house now, prising our claws open. The eclipse square Chiron taps into old wounds but we need to let it go. We can no longer abdicate responsibility or accountability.

Saturn’s opposition to the eclipse may also mean that issues connected to our ambitions, career or professional life are brought into the forefront at this time. Who we are at home compared to who we are in the public eye may be starkly in contrast. Maybe we’re afraid of stepping into our authority, scared of disapproval, fear not being good enough. The square to Chiron and opposition to Saturn may also represent a painful denial; walls when we need a hug; a difficult ‘no’ when we wanted a yes. How we deal with not getting what we want or need may also form part of the picture for this eclipse. Saturn’s presence may mean we have to grow up or toughen up. But it also offers an opportunity to make friends with our inner parent so we don’t dissolve into an emotional puddle every time we run into a problem.

I first noted clown symbolism appearing in the populace back in 2016 in this post. Clowns tend to appear when there is great collective anxiety. Donald Trump (and the UK’s Boris Johnson!) has been portrayed as a clown in the media – both with affection and with abhorrence. Strikingly, the big media news of the moment is powerfully reminiscent of the themes of this eclipse. Trump has just made history stepping over the North Korea border for talks with Kim Jong Un – another leader often seen as crazy/larger than life. In truth, we see a caricature because the real person is kept firmly behind closed doors and walls! The eclipse will be conjunct Trump’s Mercury (by two degrees) and the USA’s natal Sun (by three degrees). Relationships with leaders is one of the themes associated with this eclipse’s Saros series. However, given that Mercury is now in the shadow zone, we can anticipate that there will be some back-peddling later down the line.

On a personal level, for us all, things feel larger than life at the moment, and maybe the picture is somewhat distorted. Aspects of our own personality may loom larger as we try to get a grip on reality. Our reactions could be exaggerated, especially with the emotional Moon square Chiron in Aries. It’s possible too that this symbol refers to removing the mask – letting others see the real person beneath. Saturn after all requires authenticity. Maybe ultimately, the point is that we need to keep our sense of humour whilst the world appears to descend into a circus.