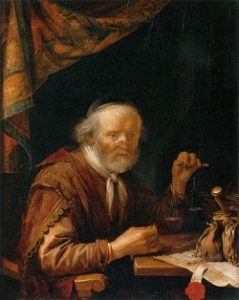 September begins with Juno, Mercury, the Sun, Mars and Venus gathered together in the no-nonsense sign of Virgo. With this strong Virgo influence at work, much of our energy and intention is going into making improvements in our daily life and health. Virgo’s attention to detail means we are focused on the little things – tweaking, polishing, refining. The atmosphere is geared towards practical tasks, mundane life – chop water, carry wood as they say. The challenge is that we are coming up to the next and final square between Jupiter and Neptune, so all the Virgo planets create a succession of T-squares in the skies which stays in play until September 21 when the Jupiter–Neptune square becomes exact. Jupiter in Sagittarius will be at the apex of the T-square as the Virgo planets oppose Neptune in Pisces. Problems that we need to address are centred around subjects such as how do we stay hopeful (Jupiter) when everything is so uncertain (Neptune). How can we plan ahead (Jupiter) when everything feels so messy (Neptune)? How can we find greater meaning (Neptune) and understanding (Jupiter) when we’re so consumed by the trials of daily life (Virgo)? The Jupiter-Neptune square promises so much and normally discerning Virgo is having a hard time figuring out which projects, plans or ideas are worthy of attention and which are illusions and distractions. These themes become the backdrop for much of the month.

The Sun and Mars meet in the skies on September 2 at 09°Vi41′ beginning a new synodic cycle. Then on September 3, another new cycle begins with the Sun also conjunct Mercury on the next degree along. Mercury, the Sun and Mars are now all gathered on 10 degrees of Virgo, widely opposing Neptune and squaring Jupiter. The Sabian symbol of 10 Virgo is ‘In Her Baby A Mother Sees Her Deep Longing For A Son Answered’. Jupiter square Neptune can certainly represent great (Jupiter) wishes (Neptune) and Virgo is an earth sign. Earth makes things tangible. There’s a sense then that some of our dreams can come true during this period – and therefore we need to be careful about what we wish for!

On September 6 we have the First Quarter Moon in Sagittarius activating the T-square themes above as the Moon is close to Jupiter. Emotionally we’re feeling optimistic but irritated by Virgo’s insistence on precision. Maybe we just want a holiday from all the work, dreaming of far off places! Mars steps in to help on September 9 with a helpful trine to Saturn. After a couple of days of wanderlust, we’re ready to put our energies into our careers and tasks that take a long time to complete. Mars then sextiles the North Node on September 12, pushing us towards our soul’s evolution. But the square between Mars and Jupiter also on September 12 could mean we push too hard, too fast if we get over excited. These aspects can also inflame conflict, and everyone has an opinion on what is right or wrong. We need to stay aware of our triggers and do our best to stop situations escalating.

The Full Moon in Pisces on September 14 brings the ongoing T-square action to a head. It’s an enormous tidal wave of feelings as the Moon conjoins Neptune in the chart, squaring Jupiter and opposing all the planets in Virgo. On top of this, Mars then perfects its opposition to Neptune under an hour later and so we have a situation where we want to take action (Mars) but we just don’t know what to do for the best. In fact, this opposition can manifest as a dissipation of motivation – it’s a ‘what’s the point’ kind of aspect. We could feel muddled, unsure of our goals or just plain tired of dealing with huge nebulous issues that seem to have no answer. The key is to base our actions on our intuition but maybe we need a little time for the swell of emotion to level out. At least Venus and Mercury are both entering Libra on the same day which should prompt us to listen to one another and look for compromises.

On September 18, Saturn stations direct. Saturn has been retrograde since the end of April, asking us to do the inner work so that we can complete the work out there in the real world. Saturn is our inner sense of authority, our inner parent, our inner adult. It’s the part of us that is there to catch us if we fall and the part that is capable and responsible. Sometimes we don’t think we are good enough or strong enough to do the work that Saturn requires of us, so the retrograde journey encourages us to deal with unfinished business, limitations and blocks. Now that’s done, we are better set to manifest the reality which is more in alignment with our true needs and nature. The Sabian symbol of this station is ‘An Ancient Bas-Relief Carved In Granite Remains A Witness To A Long-Forgotten Culture’. It suggests then that we have created permanent new structures that will stand the test of time as well as alerting us to the fact that we need to be focusing on our long-term plans. In the mundane world, this symbol could perhaps be a stark reminder that we too could become the forgotten race if we don’t take responsibility for this rock we live upon.

Mars then offers us a boost of energy on September 19 with a trine to Pluto. This is muscle combined with power, motivation matched with intense focus. Energy combined with control. It’s great for powering through difficult tasks, strengthening fitness programs or even having an enormous clear out.

The month’s big event occurs on September 21 as mentioned earlier as Jupiter squares Neptune for the final time. In the mundane world, I talked of this aspect being the great uncertainty that we’ve been feeling about the future. Maybe some have experienced a loss (Neptune) of faith (Jupiter). In our personal lives, all of us have a big dream somewhere that we’ve been longing for, but the temptation is to get carried away on flights of fancy. To make anything of this transit, we need to look at where Saturn is transiting in our personal charts to see what work needs to be done to make our dreams real. Saturn’s ongoing sextile to Neptune says that we can’t just keep praying to the Gods for what we want, we have to take some responsibility and take definitive action too – that way we make the best of what Jupiter and Neptune has to offer. It’s likely that September is the time when some ideas and ideals dissolve because we realise they are unworkable. But we mustn’t get too caught up in any big disappointment. This is the universe’s way of clearing away what can’t work to make room for what can.

The Last Quarter Moon in Gemini on September 22 brings us to the last turn of the lunar cycle before the next Moon, the last test, the final resolve. The Moon and Sun are both in Mercury ruled signs, but each sign expresses itself in a very different way. Gemini is about mind and thought, schooling and learning. Gemini wants to be free to flit from topic to topic and place to place. Virgo however is grounded, focused on service and asks Gemini to apply what it’s learned on a practical basis. The solution to dilemmas around this time is to get out of the head and into the body. Make a decision then take a practical step to honour that decision.

The season then turns as the Sun enters Libra on September 23 marking Autumn Equinox in the Northern Hemisphere and Spring Equinox in the Southern hemisphere. With the sign of relationships and harmony now illuminated, we need to find our balance both within ourselves and with each other. Issues of equality are raised around this time. Whilst relationships may benefit from this more sociable season, co-dependence, projection and superficiality are the shadows of this sign. In the Libra ingress chart, the Sun will oppose a Chiron-Black Moon Lilith conjunction. Old hurts may come back to haunt us and issues around the fear of rejection, resentment and unfair treatment could be uppermost. We need to be conscious of where we’re tempted to demonise aspects of each other when we feel hurt.

The Month ends with Saturn conjoining the South Node just as we have a New Moon in Libra on September 28. The Saturn-South Node conjunction is the last in a series of three that we have had this year. As the South Node talks of old karma, where we get stuck and our comfort zone, Saturn’s approach to this point has made our limitations manifest and given us no space to manoeuvre around them. If we recall that Saturn is a teacher who says, “this is where the work is”then all of us, both individually and collectively have been faced with some harsh truths about where we have held ourselves back or simply tried to avoid karmic lessons we’re here to learn. Now there is no more denial, no more escape, no more staying stuck. Saturn has taken us back to that same old problem because this time we are going to resolve it once and for all. Don’t forget that as Saturn conjoins the South Node, it opposes the North Node. We can’t move forwards until the job is done. It may feel heavy but it’s absolutely essential to our soul’s growth. With Saturn and the South Node in Capricorn, the issues we are dealing with may be around patriarchy, the system, authority figures, parents, structures, conditioning, responsibilities, commitment and doubt. Look to the place in your chart where Saturn is travelling to give you an idea of where Saturn is getting real in your life – see the list below for some ideas.

The New Moon in Libra still carries the story of wounding and fear of rejection as the Moon and Sun oppose Chiron. Lilith has by now skipped away from the conflict, but we may still be festering over some sore points. We need to find some healing. The New Moon is also closely quincunx to Uranus which adds some anxiety and a need for space. This is a time for new starts with our relationships, but we also must factor in individual needs. It feels awkward, but if we can be more sensitive to one another, the greater our ability to bridge differences.

Saturn transiting the houses for the signs (read your rising sign for better accuracy).

Capricorn/Capricorn Rising
1st House – Self, appearance, how you view the world, the body.