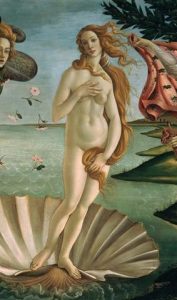 Here’s an excerpt from my latest post on Patreon

Question – “I was actually just curious about what the importance of doing a Venus return chart is? What information is there to gain from doing so, and is it as relevant as doing something like a solar return chart?”

What is the Venus Return Chart?

The Venus Return chart is cast from the moment that Venus returns to the exact degree it was situated at the time of birth. Generally, we have one Venus return per year however if there is a Venus retrograde around the return time, then we may have three returns in that year.

Do you use the birthplace or place of residence?

In all return charts, I now cast the return from the birthplace. Some people however choose to use the place of residence or even the exact place they were at the time of the return – such as if they were on holiday for example. Whilst I used to use actual location, my preference after lots of research is to use the birthplace.

How can I calculate my return chart?

You either need to purchase a reading from an astrologer or use astrological software like Solar Fire. You can also use free software online on the following page. This is quite good although you do need to double check the time zone is correct. I had to manually correct mine. https://horoscopes.astro-seek.com/planet-revolutions-returns

What Information can you gain from the Venus Return Chart?

All matters pertaining to Venus can be read through the Venus Return chart namely, love, relationships, matters of the heart, harmony, finances, pleasure.

How Important is the Venus Return Chart compared to other predictive techniques?

I see the Venus return as an add-on technique. For me personally, the transits, progressions and solar arcs are always going to speak loudest so I will always explore those first. However, we can use return charts to gain further information, confirmation or to zero in on particular issues. Whilst the chart itself can be read as a standalone chart, I prefer to read it within the context of the major transits and progressions. Like everything in astrology, it is about bringing together all the information at hand and looking for repeating patterns and stories.

What if Venus is retrograde?

Richard Branson become a millionaire in 1973 [source]. The Venus return leading into that year was fascinating.

Look at all those anaretic points! The MC, Pluto (riches) and Jupiter (abundance) are all on critical degrees. The MC is conjunct the North Node in the 8th house of shared resources. Venus, herself associated with money, opposes Jupiter and squares Pluto creating a T-Square pattern. Venus-Jupiter-Pluto patterns, even with challenging aspects can be connected to significant wealth. Note that in Branson’s natal chart, Pluto is conjunct the Ascendant in the 1st house. The apex of the T-square is Pluto, itself conjunct anaretic Juno in the 2nd house of Branson’s natal chart. That must have been one hell of a contract he got that year! Wiki says that this was the year he launched Virgin Records – noting Pluto (and natal Juno) on the anaretic degree of virginal Virgo! The Sabian symbol of the return chart MC was ‘A Secret Meeting Of Men Responsible For Executive Decisions In World Affairs’. How’s that for a perfect Sabian!

Painting – ‘The Birth of Venus’ by Sandro Botticelli