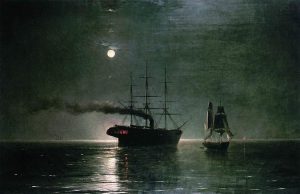 This is an intense month with plenty of Pluto/Scorpio energy prevailing. Pluto stations direct on October 3 after a five-month retrograde period. Pluto represents regeneration, transformation, truth, power, control, fear, so these issues become more acute during this time. Pluto often applies pressure to force us to face our demons so the best thing we can do is to look directly into the eyes of our shadow self. The more willing we are to deal with our demons, the greater our potential for profound change. Mercury’s entry into Pluto ruled Scorpio also on October 3 should help us to mentally tune into this transit. Under this influence we become more perceptive; more willing to think the unthinkable; more able to express deep emotions.

Mars enters Libra on October 4 where it will remain until November 19. As Libra is opposite to Mars’s ruling sign Aries, this is considered a difficult placement – technically said to be in detriment. And we can see why, after all, Mars is gung-ho, not concerned with social niceties, plays it to win and wants to be first. Libra is all about cooperation, being polite, thinking of others and compromise. Working at its best, Mars in Libra is motivated to find a win-win situation for all. During this transit we can make allies if we let go of competitiveness. At its worst, this transit can manifest as playing nice to get our own way – an iron fist in a velvet glove so to speak. Positively however, this is the perfect time to stand up and be heard when it comes to issues of equality and fairness. If relationships are free of conflict, this transit can also see some displays of passion – even if cooled somewhat by Libra’s elegant air.

On October 5, we have the First Quarter Moon in Capricorn squaring the Sun in Libra. As the Moon is also conjunct the South Node and Saturn, we may feel stuck, inclined to put up walls or aware of our limitations. We need to take care that our perceived problems don’t get in the way of our relationships.

Venus enters Scorpio on October 8 and as Scorpio’s co-ruler Mars in still in Libra, the cosmic couple are now in mutual reception. Both planets are in signs that they find naturally difficult but there’s a line of communication between them that eases the tension. It’s like staying at your neighbour’s house and not knowing how to work the TV remote. Instead of getting frustrated, all you need to do is get them on the phone. Venus and Mars can ease each other’s troubles by always being on call for one another during this time. If we feel frustrated, we need to drop into our hearts and be honest with ourselves. If we feel envious or jealous, we need to put our energies into finding our balance and forging better relationships with others. Generally, Venus in Scorpio has the potential to deepen our relationships and increase intimacy – as long as we avoid power games and manipulation to get our way.

We may feel more vulnerable than we would like when Mars opposes Chiron on October 9. Our inner warrior could feel wounded or our courage is lacking. We could also feel worn down by having to balance our wants and desires with those of other people. This challenge increases in intensity as we reach the Full Moon in Aries on October 13. We need to make a decision or come to a conclusion and our emotions are on a hair trigger – not least because the Full Moon is tightly square Pluto. We must face those fears and get to the core truth. The trine from the Moon to Jupiter however promises that despite intense pressure, there is potential for beneficial developments around this time, particularly if we’ve been feeling uninspired. Note that Mercury has now moved into the shadow zone of its upcoming retrograde. Some conversations we are having now may need to be reviewed, rethought or talked over again.

October 21 is the next turn of the lunar cycle as we have the Last Quarter Moon in Cancer on this date. The Moon is widely opposite Pluto so yes the same issues continue to reverberate. The Moon in Cancer may want to retreat but the Sun in Libra tries to keep us engaged. We can’t stop talking to one another, can’t stop caring, even if the issues we face are scary. As if he’s heard us, Mars then squares the Nodal axis, also on October 21. This tells us that we must be brave because the actions we take now are connected with the evolution of the soul. We can’t stay stuck in the past. We must move forwards. Sometimes we have to lead by example.

The Sun then enters Scorpio on October 23. It’s the light in the dark; the illumination of all the stuff we normally try to hide away. What is in the spotlight now is the need for change, closure, endings. Issues of personal power come up during this period. We are more powerful when we have nothing to hide. Expose your secrets.

Mars square Saturn brings us up short on October 27. Expect roadworks, blocks, the boss being in a bad mood, feeling frustrated that you can’t do what you want to do. The greatest trouble we have when these two get together is that we keep pushing until something breaks. Patience is key! Still, this transit can be extremely useful for learning the art of fortitude. Hard work is the best way we can channel any frustration that arises.

The end of the month sees the New Moon in Scorpio on October 28 directly opposite Uranus in Taurus. New starts around this time may be characterised by unexpected events or sudden awakening. Fixed sign Scorpio doesn’t much care for things being unpredictable though as it likes to keep everything under tight control. We may feel uncomfortable but with Uranus involved, we could receive radical new insight that changes our perspective. All that said, Mercury stations retrograde in Scorpio on October 31 suggesting that we need to look more deeply at our fears and explore our unconscious motivations. It’s perfect for Halloween which is naturally a time when we playfully expose our deepest fears of death and inner darkness. Mercury however isn’t playing. Mercury wants us to really think about this stuff. Yes, it’s deep but it’s time for an emotional clear out.

Painting – ‘Ships in the stillness of the night’ by Ivan Aivazovsky