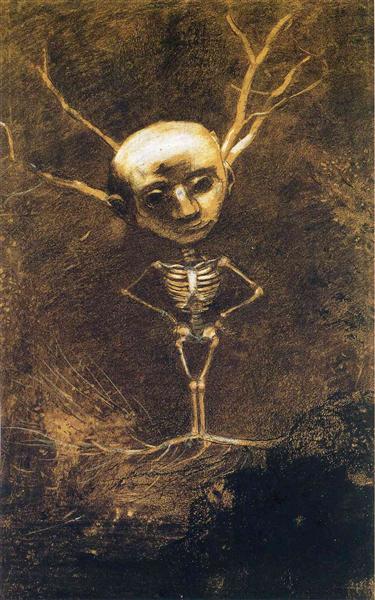 My Grandmother was a reluctant medium. She heard and saw spirit and could foretell the future by the movements of the birds and other strange happenings. It didn’t sit easily with her as she was a strong Christian but still, that was the way things were. And back through her family, she had other ghostly tales to tell, like the time a painting fell off the wall in her grandmother’s house, heralding the death of a family member. Then there was the story of her husband, my Grandfather, steered away from potential tragedy by a ghost during a blackout in the war. The face of the man who helped my Grandfather stared out of the newspaper the following day – he was dead before my Grandfather spoke to him.

Then there were glasses that flew up in the kitchen at my other Grandmother’s house, bringing screams and tears. That was the sign that my great aunt had died. Then there was me, travelling on a train back home late at night. An owl crashed into the window beside me, killing it instantly. I got home to the news another aunt had died.

As for me, I’ve had ghostly experiences all my life. It began when I was five years old. It was Christmas and I was reading a Rupert the Bear annual in bed. Suddenly I felt someone stood beside me and I froze. Glancing to my right, too terrified to look up, I saw a pale and ghostly hand resting on the side of the bed. I screamed the house down and brought my mother running. I never saw spirits clearly with my eyes after that aside from one occasion in the 1990’s when I watched a man walk through a wall and another where I saw my old dog laying in her favourite spot 12 years after she died. Seeing, really seeing, seemed to have been filtered out in my five-year-old terror. But sometimes I still see light and a flurry of sparks like an interdimensional firework.

However, I hear Spirit clearly and they drop pictures in my mind. They whisper snippets of conversation to me or call my name. In my early 20’s there was a nun who insisted I learned the Hail Mary even though I’m Pagan (!) not Catholic. To my knowledge, no one else in my family was Catholic either. Every morning, I would hear her as I woke up, saying the Hail Mary and in my mind’s eye I could see the bottom of her habit. Once I finally learned the Hail Mary (I actually went to the library as this was pre-internet!), she went away, never to return.

They come sometimes when I give readings, insistent on making themselves known, interrupting loudly until I listen. I’ve never advertised as a medium because that’s not my calling and it doesn’t happen all the time but still, sometimes they come. Many years back, when I began working on a tarot line, I felt the presence of a child beside me – a sweet little thing who was very insistent that his mother was going to call. I asked him his name and he told me it was David* and he was five years old. After several calls, I felt the equivalent of a prod in my side and after my caller had asked her question, I tentatively asked her if she could place the little boy. After some discussion, it turned out that this lady had had a miscarriage 5 years previously and had baby gone full term, they would have called him David. Then there was a lovely client who came on the phone telling me that I must get in touch with her dead father. I refused saying ‘I’m not a medium’ but she insisted I was the right person. Her energy was electric, vibrant and light. Within a few moments I had a vision of a friendly looking elderly man who opened a giant bible in front of me then ran his finger down the page to the name ‘Jacob*’. I had to admit to being a little stunned and squeaked, can you place ‘Jacob’? She laughed and said of course, that’s my Dad!

But sometimes being sensitive to Spirit is not so easy – such as when a man was murdered opposite my home and he came to give me information, shock reverberating through his aura. Or the time when another murdered man jumped right into my body, turning my lips blue as I struggled to breathe, choking out the name of his killer. I burst into tears after that and a very kind, elderly medium mopped me up. I was still young and learning and to be honest, it scared me silly.

But for all that fear, my natural ability to connect with the other side has also been one of my greatest blessings. Through dreams, meditation and sometimes just in a random moment, spirits have brought me valuable messages and sometimes just popped their head through the veil to say hello. My mother’s perfume floated through the air at her funeral. My grandmother showed me one of the healing gardens in Spirit. My friend revealed a glorious landscape behind her just after she passed over. On the last night I had with my dog, a column of light appeared in the room and moved softly towards my girl. She was fast asleep, terminally ill with cancer. I was crying, as I had been for hours. As the light moved towards her, she woke up, looked up and thumped her tail happily at whoever it was that stood over her. Then a rush of loving energy filled the room and my heart. To this day, I don’t know who it was but on one of the worst nights of my life, there was someone there, holding my hand. When death is present in our lives, Spirit is always very close.

So, where do we look to in the astrological chart for ghosts and sensitivity to otherworldly communication?

In my natal chart, I have a yod with Uranus and Neptune at the base and Mercury at the apex in the visionary 9th house. I have found that Mercury-Neptune aspects in a chart can lend themselves to hearing the voice (Mercury) of spirit (Neptune). Neptune alone in aspect to personal planets or angles seems to speak loudly of spiritual connection. It stands to reason then that a strong Pisces signature can also be relevant.

The water houses are also places to explore, especially the 8th house and 12th house. Generally speaking, if you want to know more about your spiritual life, look to the 12th house first.  Explore the planets in the 12th house and the condition of your 12th house ruler as this will describe your spirituality and connection to the unseen worlds. But the 8th house too talks of the mysteries of life and death and the afterlife and seems a common denominator in looking at sensitivity to ghosts and the unseen.

Like artistic or musical ability, there can be many different ways psychic sensitivity is shown through the chart. I have spoken to mediums who have a strong Neptune or Jupiter placement in the 12th (like an angel on their shoulder) or the Moon in the 8th. Whilst a strong Scorpio signature can also indicate an uncanny ability to know information through psychic means, generally, I have seen Pisces/Neptune more often for direct spirit contact but of course there are always exceptions.

Another strong player in spirit connection and communication seems to be Uranus. As this planet is connected to high frequencies and higher (universal) mind, it comes as no surprise in many ways. Uranus is also quite descriptive of the shock factor at seeing a ghost!

Another possible player is Black Moon Lilith who herself was a wraith, a being with no physical form. In my own chart, BML is directly conjunct my Sun. I find that I see her more in transits when people have seen ghosts or dreamed of a loved one who has passed (the latter can also manifest with strong Neptune transits too). Again, it will always depend on other aspects but it’s been enough times for me to take notice.

Here are some chart examples :-

Edgar Cayce
‘The Sleeping Prophet’
Sun in Pisces (possibly 8th house)
Moon conjunct Neptune.
Although there is some question over time of birth, I thought it interesting to note that using the time on astro-databank gives Uranus in the 12th house conjunct the Ascendant.

Kübler-Ross, Elisabeth
Swiss psychiatrist who worked with the dying who came to have a firm belief in the spirit world.
Pisces Rising.
Sun conjunct Pluto.
Anaretic Uranus in Pisces 1st house

Sting
Uranus in the 12th house
Neptune conjunct natal Moon (in the 3rd house of communication).
Sting saw a figure of a ghostly mother and child one night at home.

Cher
Uranus and Venus in the 12th house
Neptune square Ascendant and Descendant
Cher says she believes that her ex-husband Sonny comes to her from spirit, turning the chandelier lights on and off.

Keanu Reeves
Sun, Mercury, Uranus, Pluto quadruple conjunction in the 12th house (all conjunct ASC).
Keanu Reeves saw a ghost when he was around six or seven years old.
Note that this is a rectified chart but Keanu himself has apparently mentioned having Virgo rising putting his Sun in the 12th house

**Names have been changed

You may like to read an older article Ghost in the Deck where I talk about spirit communication through the tarot.

If you enjoy my posts, please consider becoming a member of my Patreon. I write bonus content for patrons.

Painting – Spirit of the Forest by Odilon Redon