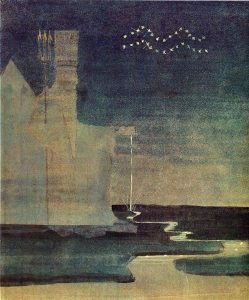 Well, after a foray into making videos for the monthly forecast, I’m back to writing it instead. Honestly, the videos take FOREVER to make and if I am investing that much time and energy into a video, I want it to be on content that is ‘green’ rather than transient – there speaks my Sun in Taurus! So, sorry to jump about but well, sometimes you just have to give things a try to see what works. Experimentation is certainly a theme for me at the moment as Uranus prepares to move into my 10th house of career – and a theme of the month ahead as Mars and Saturn moves into Aquarius. So then, onto the forecast…

Mars returns from being out of bounds on March 2, meaning that now the Red Planet is happy to play by the rules, especially as he’s currently in conventional Capricorn. On March 4, Mercury retrograde re-enters Aquarius, perhaps also helping to clear minds as Mercury moves from water to air and away from the sign of its fall and detriment. For the first part of the retrograde period, we’ve been questioning our feelings, trying to understand spiritual messages, wondering what it all means, maybe feeling a little confused. As Mercury re-enters Aquarius, we begin to question our friendships and connections, perhaps start thinking about the future. Possible negative manifestations are problems with friends and groups, political disagreements, technical glitches and mental anxiety. Positive manifestations are creating space for new adventures, bumping into old friends, having a digital clear-out.

Venus enters home sign Taurus on March 5. Venus is ultra-comfortable in this sign and loves nothing more that good food, good wine, good company. As Taurus is first of the earth signs, we appreciate simple pleasures such as making time to stop and smell the roses. Love is expressed in practical ways, a hug and a kiss, a soothing massage, cooking a partner their favourite meal or even purchasing a little gift. But if Venus is in a bad mood, this placement can bring up issues with possessiveness where partners are treated like objects. Insecurity issues can arise during this transit. In all matters of love and money, we need to check in with how we value ourselves and whether problems around self-worth are getting in the way.

A Full Moon in Virgo on March 9 opposes a Sun-Neptune conjunction. There’s a feeling that we’re striving for a perfection that cannot be matched to that of the Gods. We can either be plunged into feelings of inadequacy, disappointment or despair or we can tap into the array of supportive trines to planets in sensible Capricorn (Mars, Pallas, Jupiter and Pluto). Practicality trumps idealism every time.

Mercury stations direct on March 10 releasing us from computer snarl-ups, friend dilemmas and angst over future plans. The station day itself may still create some misunderstandings so give Mercury a couple of days to get moving again before coming to any major conclusions. Mercury will exit the shadow zone on March 30 so we will need to get to the end of the month before we have a clear picture of the meaning of this retrograde period. But still, the station does mark a turning point and hopefully we can breathe a little easier now.

Chiron squares the Nodal axis on March 14. The healing that we are doing around issues such as identity, confidence, weakness, autonomy, independence and rights now become critical to our evolutionary journey. We can’t stay stuck in our suffering. We must move forwards. Globally, this could be a important time for environmental matters as Chiron also represents our relationship with the natural world. We get help from Mars, the current dispositor of Chiron, as he moves into a sextile with compassionate Neptune on the same date. We’re motivated to help others and our intuition informs our actions. It’s a perfect mix to perform acts of kindness or get involved with a charity project. Creativity too is boosted by this mix and we might want to try working through difficult feelings using art, music or dance. Active imagination could also be a key towards healing old wounds.

On March 16, Mercury direct re-enters Pisces but now we’re better equipped to make our way through this oceanic sign. We’ve learned how to let our intuition help us with decisions and let go of the idea that there is only one right answer. Indeed, maybe we’re learning to be okay with the fact that sometimes there are no answers at all. In communication matters, we may need to try to be clearer to avoid muddles but mostly the way we connect is filled with kindness. The subtext may be as loud or louder than the text. Watch your body language.

As we reach mid-month, we enter a dynamic period as Mars reaches the degree of January’s Saturn-Pluto conjunction on March 19, activating this energy once again. We may find ourselves catapulted back to themes that arose then or there are related developments that require our energy and focus. The Sun then enters Aries on March 20, returning us to the beginning of the zodiac and heralding International Astrology day! This is also Spring Equinox, the beginning of Spring in the Northern hemisphere and the Pagan festival of Ostara. At Equinox, day and night are equal but after this time, the days will grow longer and the nights shorter. It’s a time to celebrate the return of energy, fire, warmth, light. This is time of creativity, fertility, renewal, rebirth – hence the eggs and rabbits (hares) that are associated with this festival. With the Sun now in Aries, we’re asked to reconnect with our passions and to get excited about life. Just as the plants shoot up towards the Sun, we too may feel a sense of urgency to thrive and bloom. Bravery gets a boost although we need to watch being too impulsive.

Restlessness and impatience are certainly part of the picture as Mars, ruler of Aries, joins giant Jupiter also on March 20. Whilst this can give enormous energy and drive, it can also inflame conflicts. Note that this conjunction also takes place on that same 22 degrees of Capricorn where Saturn and Pluto met, so this is one hot degree! Generally, we may feel very ambitious around this time, motivated by big goals, spurred on by a crusade. But if there have been problems rumbling in the background, they could burst out during this time. It’s important that we watch our responses as over-reaction is possible.

We get our first taste of Saturn entering Aquarius on March 22. This is a preview as Saturn will return to Capricorn at the beginning of July. Although on the surface, Saturn and Aquarius seem very different energies, Saturn is the co-ruler of Aquarius, so it is very much at home in this sign. Capricorn makes and abides by the rules, Aquarius breaks ‘em! But you have to know the rules to be able to break them. In fact, we have to have some rules in society (Capricorn) to be able to have personal freedom (Aquarius). Without rules, we would be too busy trying to just stay alive to be concerned with how much personal freedom we have! As Aquarius is an air sign, we are moving away from material and business concerns towards intellectual concerns and concepts.

Aquarius rules groups, friends, networks, society as a whole. Saturn in Aquarius brings society into focus – are we cohesive, stable, committed to our betterment? Or are we restricted in some way? We need to adopt the mind of a scientist, willing to experiment with crazy ideas but having the discipline to conduct experiments methodically. Collectively, this period may play out with some of the following manifestations – Slow awakening, slow change. Rules limiting our freedom. More rules around social media. Fringe thought becoming mainstream. Fringe groups forming strong structures. Futuristic technology becoming mainstream. Robots getting jobs. Robots causing problems. Computer systems causing problems. Politics becoming more right-wing. Fascism. Rules to limit our freedom. Thought police. Advances in mathematics and computing sciences. New businesses as new technology arises.

Mars makes a conjunction to Pluto on March 23, a potent mix. This can be a potentially volcanic aspect, especially as Mars is still tightly conjunct Jupiter! Strength and power together can either be a force for good or just force! Military displays of might could be part of the picture. On an individual level, we have a huge amount of energy and will – it’s all about applying it to what is in our control.

The New Moon in Aries on March 24 is tightly conjunct Chiron. It serves as an activation of the lessons we missed, signified by the Wounds Healer’s square to the Nodes. Despite our sensitivity to pain, fear of rejection or vulnerability, we still need to make a fresh start, strive to begin again, demonstrate courage.

The month ends with Mars entering Aquarius on March 30 where he immediately meets Saturn on March 31. Mars in Aquarius is a warrior for humanity, fighting for change. It’s time to champion progressive ideas, take the lead and initiate a revolution. But the conjunction between Mars and Saturn tells us that nothing can happen quickly. We’re going to have to take our foot off the accelerator, plan for the long game, watch and wait. We’ll achieve more by having a careful strategy rather than pushing. Still, perhaps this could benefit us as much as it frustrates because Mars in Aquarius can manifest as erratic energy. The conjunction gives us time to regroup, consider unconventional tactics and wait for our moment to strike. Our warrior’s motto whilst in this sign is ‘we’re stronger together’.