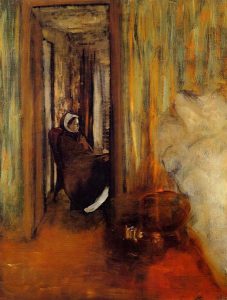 The Moon is in the sign of Virgo, a mutable earth sign opposing the Sun in Pisces, a mutable water sign. Full Moons are a time of culmination, conclusion or crisis. With the Moon in Virgo, what we’re focused on is being of service, health and healing, improving circumstances.  The challenge is that with the Moon opposite a Sun-Neptune conjunction in Pisces, everything feels nebulous, uncertain, vague. Virgo loves a clear ‘to-do’ list and is crisp and efficient but with all the confusion coming from Pisces, we may need to accept less than perfect. It doesn’t make us a failure; it makes us human. The more idealistic we are, the greater the capacity for frustration and criticism.

Note that Mercury, the ruler of this lunation, is still retrograde (actually stationary as it will turn direct around 10 hours after the Full Moon). It’s natural then that there will be some delays or messy circumstances that threaten to take us off track. Thankfully though, the Moon is supported by a host of trines to the planets in Capricorn. Mars, Pallas, Jupiter and Pluto are all on hand to help. We are fortified, energised, prompted to keep working for the greater good. A positive outlook and focusing on what is in our control will help to keep life moving in the right direction.

Digging deeper into the chart however brings up another story, one that reflects the current climate and growing coronavirus crisis. This situation is, I believe, a powerful manifestation of the Saturn-Pluto conjunction in January. The Moon is conjunct asteroid Nemesis, a word that relates to arch-rivals. The Sun and Neptune in Pisces are in the global 12th house, the place of hidden enemies. Of course, one of the most difficult things about any virus is that it is invisible to the naked eye.

The Sun is conjunct asteroid Circe, a Goddess who lived isolated on an island. Her greatest skill was with potions and herbs. She was of the earth, connected, a witch, a healer – although in the myths she also played some naughty tricks on the crew of Odysseus’s boat! But still, there is something here about isolation but also natural healing skills. Perhaps then, we could see the virus as a natural form of healing – unpleasant of course for humans but perhaps necessary for the planet.

Pholus, the centaur is also conjunct the South Node. In mythology, Pholus uncorked a bottle of wine and the resulting scent made the rest of the centaurs crazy. Drunk on the fumes, they began to fight one another, and it was in this fight that Chiron received his wound. Pholus stands for things that once let out cannot be put back in again. It’s an asteroid of domino effects. So, we have something around old karma that has caused a domino effect, a healing Goddess connected to the ‘unseen enemy’ and a feeling of terror under the glare of Nemesis. Sesquiquadrates from the Moon to Venus and Uranus says there’s a temptation to overreact with anxiety and insecurity. It’s important that we lean into the trines to Capricorn. Be proactive, accept what isn’t in our control, trust that some stability will remain, keep your head (Pallas!). Oh, and as Hygeia (Goddess of cleanliness) has just entered Gemini, yes, wash your hands!

A Caravan Of Cars Headed To The West Coast

Is this a reference to the choking smog of our transport system? Perhaps – it certainly is part of the problem. Maybe too, it could illustrate the passage of the virus, travelling west across the planet. However, on the positive side, this symbol reminds us that we are all in this together. At the end of the day, we all (or at least the majority!) want the same thing. We’re all trying to reach a similar destination – peace, happiness, a better life. It’s time to help one another.

Painting – ‘The Nurse’ by Edward Degas