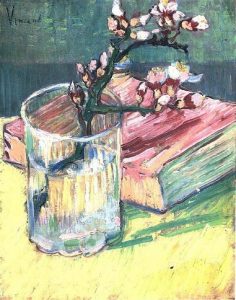 The Nodes themselves are points in space. They represent the intersection between the orbital path of the Moon with the ecliptic. Below is a handy image to help you visualise. The Nodes are what connect the unconscious (the Moon) with the conscious (the Sun) or the eternal soul (the Moon) with the mortal identity (the Sun). The Nodes are like a mystical gateway that takes us from past to future. They are also like a compass, guiding us along our soul path. 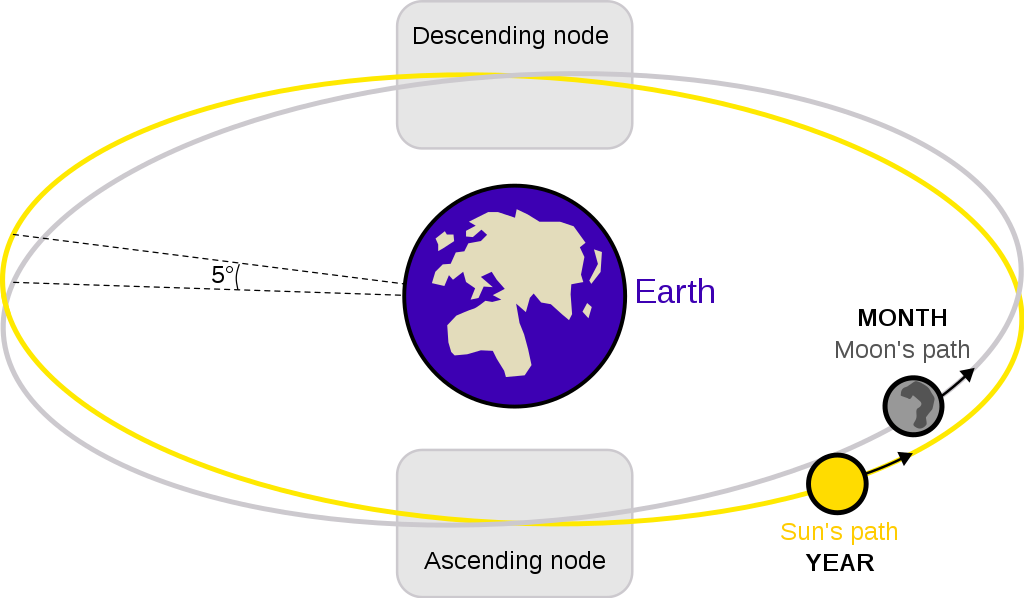 The Nodes travel backwards through the signs, their retrograde motion reminding us that we are always meeting our past – from other lives and from this life, the consequence of choices we have made along the way. The North Node has extremely brief times of direct motion whereas the Mean Node remains always retrograde. Brief periods of the Node moving in direct motion can represent respite from karmic developments and also an opportunity to create threads of new karma. When the Nodes change signs, it signals the beginning of a new lesson in our collective karmic evolution.

The passage of the South Node indicates where we have got stuck. It represents our comfort zone, the place that we fall back on when the going gets tough, the blind spot, a weak point, the part that has been done to death and needs to move on. We’ve ‘been there and bought the tee shirt’ where the South Node is concerned. This point also represents unresolved karma, the lessons we have skirted around, the things we know we need to do but don’t. To understand the meaning of the South Node, it is best to take the most challenging traits of the sign concerned to see where we might experience problems and difficulties. We can however, also take the best traits of this sign and put them to the service of the North Node to help us fulfil our mission. The South Node can also hint at what we have excelled at in a previous incarnation which can manifest as a natural talent in this life.

So, beginning with the South Node, Sagittarius is ruled by Jupiter, the greatest of the Gods – he who reigned supreme above all. This is a sign that is connected to faith, adventurousness, overseas travel, higher education, morals and laws and symbolic language. In Sagittarius we’re looking at the big picture, theorizing, thinking in abstract. The challenge with this sign is that it can become pompous and opinionated. ‘What I believe is the law’ says the Sagittarius shadow and we can certainly see how this can become a problem. One of the big issues we may be dealing with during this transit is the concept of truth. Is there one truth or many truths? We’ve already seen the start of this with the many theories about Covid 19 – from the scientifically verified to the conspiracy theory, everyone is fixated on their own truth. But the ‘truth’ can hinge strongly on our beliefs and we can easily embrace evidence that supports our world view and reject evidence that doesn’t. The consequence is no one knows what to believe. Dogmatic opinions, religious fever, indoctrination, accepting things by the book without question. This has got to change. Our collective worldview isn’t serving us anymore. Still, we can take the best of the traits of Sagittarius – easily pleased, unencumbered, an ability to perceive the big picture, an understanding of symbolism, seeing foreigners as friends, faith and a willingness to go into unknown territory – and put these towards the service of the North Node.

When it comes to the mundane world, we have already begun to see some of the manifestations of the South Node in Sagittarius as international travel has almost come to a full stop, flights are grounded, airplane companies in dire financial straits, universities closed. Globalisation is also in question.

Moving to the Gemini North Node, we see that over the next 18 months, we need to develop curiosity and an open mind. This sign has an aptitude for gathering information and a penchant for connecting people together. Gemini wants to know the facts, but it also wants to hear stories, particularly real-life experiences. We’re moving from theory to practice, from preaching to teaching, from knowing to asking questions, from big picture to little picture (details). We need to cultivate Gemini perception, recognise duality, engage rational and intellect. This isn’t about accepting what we’ve been told, instead it’s continuing to enquire so that we find our own answers.

As we move away from international travel, places closer to home take centre stage. This is about community initiatives, knowing the names of your neighbours, neighbourhood Facebook groups, street events. It’s seeing your local area anew, as if you were a tourist, taking in the sights. Under Gemini, we see each other as brothers and sisters. We become closer to extended family. One immediate manifestation of this transit caught my eye the other day – proposals for more bike lanes and pedestrian only areas have been fast-tracked due to Covid-19. Our government wants more people on bikes and on foot and therefore provisions need to be made for them. Cars, bikes, taxis, buses, short journeys are all the domain of Gemini.

Gemini and the global 3rd house is also about schooling and we may find that we are looking at new ways of teaching. Smaller classes for children in an effort to adhere to social distancing may turn out to be a blessing. For years classes have been far too big (Sagittarius!).

The way we communicate generally is multiplying. Think Zoom, online classes for kids, doctors seeing patients via video link (a practice which was sorely needed and much resisted over here in the UK yet which has proved hugely popular with both patients and doctors). The different methods we have to communicate with one another help us to advance (especially if with think about conventional Saturn in progressive Aquarius making technology the norm). Yet, as Mercury (in his Greek guise as Hermes) invented writing, we’re also seeing a marked increase in good old-fashioned letter writing. As Gemini is also connected to the hands, maybe we want something that has been touched by human hands – of course controversial in our current situation! Gemini by the way, also rules the lungs.

As Gemini is ruled by Mercury, the Mercury retrograde periods over the next 18 months will take on extra significance. We should also be alert to what happens when Mercury and Jupiter create aspects between them as these could represent times of significant development or challenge as far as our karmic path is concerned.