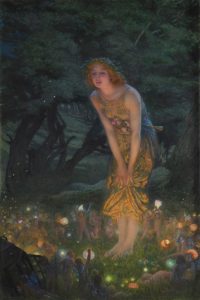 It’s a busy month ahead. Venus returns from a jaunt out of bounds on June 1. Whilst Venus has been out of bounds and retrograde to boot, it may have been difficult to get a handle on matters around relationships but perhaps now at least, we may start to feel more settled as we work through our thoughts and feelings.

Mercury enters the shadow zone of the next upcoming retrograde though on June 2. If you think things are running slow, they really are! We already have Venus, Jupiter, Saturn, Pluto and Pallas retrograde and Mercury and Neptune are upcoming! It feels like there is a very insistent cosmic call saying ‘review, revise, revisit.

We are now entering eclipse season too, with the first, a lunar eclipse, taking place on June 5. This eclipse will be in Sagittarius, signalling that there are important decisions to be made around issues such as travel and international connections, belief systems, legal issues or education. Sagittarius is about the ‘big picture’, vision, inspiration. The complication with this eclipse is that it will be opposite retrograde Venus and tightly square Mars. This creates more tension as we’re perhaps feeling pushed to move quickly but maybe our heart isn’t sure what we want. Everything comes down to Mars – just what are we going to do? Mars is also widely conjunct Neptune, so Neptune is also square the eclipse. This in itself can feel muddled. We feel lost, confused, uncertain. The key will be listening to our intuition to guide our actions.

Mercury returns from being out of bounds on June 9 so this at least may help to clarify thinking. As mentioned above though, with Mercury in the shadow zone, decisions made now will likely come under review later down the line.

A semi-sextile between Uranus and Chiron on June 10 is the 24th of a series of 26 aspects! Given the current circumstances in the world, I’m suddenly seeing this aspect as new perspectives (Uranus) emerging from health issues (Chiron)! We can also see that with Uranus ahead of Chiron in the zodiac, a change in what we see as ‘precious’ is necessary for our healing. Our values are being given a radical makeover. The more we focus on our individual healing process (Chiron in Aries), the more we manifest a change in how we use our collective resources (Uranus in Taurus).

The Last Quarter Moon on June 13 brings us to the last turn in the lunar cycle and challenges us to confront some of the issues raised by the Lunar eclipse. The Moon is in Pisces, conjunct Neptune and Mars. Now more than ever it is important that we make time for peace and quiet to listen to what our soul has to say. As the Moon squares the Sun in Gemini, part of us would prefer to rely on facts, figures and logical thinking. But our gut instincts must be given centre stage for us to resolve the tension. Mars and Neptune perfect their conjunction too on this date. We need to confront illusions, chase away defeatism, amp up our faith. If we feel discouraged, it’s best we make time for creative pursuits as Mars energises our imagination.

Mercury stations retrograde on June 18 and will spend three weeks backtracking through the sign Cancer in the global 4th house. This suggests that the themes we will be dealing with in relation to this retrograde will be centred around home and family, childhood, ancestors, roots, memories and feelings. Mercury in Cancer encourages us to talk through our emotions and share our feelings. Perhaps having had a lot more time at home recently, we’re re-thinking what we need. For some, family connections have been strained this year – either seeing too much or not enough of loved ones. This time may bring up new topics of discussion and a need to reconnect. Many of us also may be thinking about the question ‘where and with whom do I belong?’.

Mars forms sextiles to first Pluto and then Jupiter on June 19 and 20 respectively. As Mars moves away from the disorientating influence of Neptune, energies are boosted by Jupiter and intensified by Pluto. Now we’re becoming more confident, more focused, more willing to press for positive change. Big work can be achieved with an optimistic attitude and strength of will.

June 20 is also the date that the Sun enters Cancer, signalling the turn of the season. This is the summer solstice in the Northern hemisphere and the time when the Sun is at its peak. But after this, the days will slowly grow shorter until we reach autumn equinox. In the Southern hemisphere, the Sun is at its weakest at the midwinter solstice. Here the Sun is reborn, with its light gradually growing. During this transit, we may feel more insular or desire more time at home as safety and comfort are paramount for this sign. Moods may be more pronounced and its important that we nurture ourselves. Eat home cooked food. Languish in a bath. Drink water.

June 21 sees the Solar eclipse in Cancer. With the Sun and Moon on the Solstice degree and conjunct the anaretic North Node, it seems to have extra significance and magic. This eclipse is however, like the previous eclipse, square to Mars. So, we still have issues connected to action, goals, confidence and energy to address. There’s a sense that an important new start in our domestic life may push us out of our comfort zone in some way, especially as the eclipse is also quincunx Saturn. Right now, it seems we can’t rest on our laurels.

Neptune stations retrograde on June 23. At the yearly station, we may feel momentarily disorientated as the tide seems to slow, stop and turn. We may become more aware of undercurrents, more sensitive to collective emotions in the ether, more attuned to cosmic energies. Neptune is the planet that rules our ideals, wishes and dreams. In backward motion, the veil of illusions lifts and we begin to see where we have been kidding ourselves. Realising that we have been duped by illusions and disappointed by that which can never come to be can be a tough call for some. It’s tempting to lose faith, to feel disconnected, afraid that we are lost – and yet if we allow ourselves to see the truth, it creates the right conditions to dream a better dream, one that we can bring into manifestation.

Venus stations direct on June 25, completing her transformation from evening to morning star. Now we are clearer about the truth in our hearts and the choices we have to make. Problems with money and relationships begin to ease around this time although it will take until July 29 for Venus to clear the shadow zone and fully conclude this retrograde cycle.

A square from Mars to the Nodal axis on June 26 is extra intense as all points are on anaretic degrees. It feels like we’re floundering with a sense of urgency, afraid to fail yet knowing we must take action. The desire to do something to help, to make the world a better place could feel acute.  Remember that Mars has been the focal point of two eclipses and now is the subject of attention by the Nodes. For us to move forwards on our evolutionary path, we must have courage. We must take action. We must channel our passions. We must be spiritual warriors. Whatever wasn’t done must now be actioned. There’s no time to waste.

Mars then enters home sign Aries on June 28, beginning a super long transit through this sign due to a retrograde beginning in September. Mars will remain in Aries for the remainder of the year, not entering Taurus until January 7, 2021. It certainly seems as though this month is preparing us for this potent transit. Mars in Aries is going to bring some testing times, individually and globally as it will create squares to both Saturn and Pluto, re-animating issues that began back in January.

Passions naturally run high when Mars is at home. We want everything to move fast. We want to achieve our goals and to hell with whatever is in the way. We want to lead the charge against corruption (Pluto) and limitation (Saturn). But we’re going to have to accept some limits. We’re going to have to accept there are some things that aren’t in our control. It’s all about tempering our reactions and not losing our spirit/fight/will when things get in the way.  As Mars enters Aries, he will create a sextile to Saturn which promises that there is a wonderful opportunity to build our muscles, assert authority, move forwards with integrity.

Also on June 28, we have the First Quarter Moon in Libra which asks us to find our centre. There is a push to come out of hiding and create partnerships and allies. The struggle is that the Moon opposes Chiron so we may feel wounded, afraid of being hurt, afraid of hurting others. It’s a fine balance but the Moon is supported by a trine to Saturn so that should help us to maintain our equilibrium.

The final aspect of the month is the biggest as we have the second in a series of three conjunctions between Jupiter and Pluto on June 30. As Jupiter rules abundance and Pluto is connected to great wealth, we could see much more talk about the highs and lows in the financial sectors. As governments spend trillions trying to bail us out of the consequences of Covid 19, we are also beginning to see huge changes in the world. I mentioned in the past how this has the potential to manifest as an extreme magnification of truths that have previously been hidden. Yes, we are in an enormous crisis, but this is a catalyst for a greater vision. We mustn’t let our fears spiral out of control.