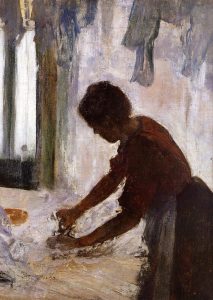 August begins with the Full Moon in Aquarius on August 3. The Sun and Moon are in a tight square with lunation ruler Uranus bringing a rebellious and unpredictable edge. During this time, we are coming to a conclusion, crisis or decision around issues connected to groups, society, friendships or politics and we’re pushed to find a workable compromise between personal creative interests and priorities. With the T-square in the chart pointing to Uranus, we need to be open to radical ideas, responsive to last minute changes, amenable to finding solutions that are inclusive and respectful of diversity. But the shadow side of these aspects could also manifest as isolationist tendencies or alienation. A sextile from the Moon to Chiron promises an opportunity for healing if we honour each other’s individuality and independence.

Mars square Jupiter on August 4 is the first in a series of three squares due to the upcoming Mars retrograde. Mars has now been in the shadow zone since July 25 so we are already perhaps noticing where we may have work to do on our confidence, goals, will and desires. We need to watch this initial square to Jupiter as the tendency to go all out after what we want is strong. Go hard, go large says Mars square Jupiter but the problem is that we’re likely to have to significantly pull back once we get into the retrograde period. It would pay us to exhibit some restraint around this time although positively this aspect can be great for boosting energy and courage.

Mercury enters Leo on August 5 where our conversations become more animated and thoughts more creative. The downside is that we can also become stubbornly opinionated as Leo is a fixed sign ruled by the ego driven Sun. Leo wants to be heard and will shout down others if it feels unrecognised. Still, it’s perfect for speaking up as we become bolder with our ideas and we might even take the risk to tell someone we like them. A little self-congratulation and praise sometimes doesn’t go amiss either.

The entry of Venus into Cancer on August 7 should help to tone down some of Mercury in Leo’s trumpeting. We become much more sensitive to the emotional undercurrent, especially in matters of the heart. Venus in Cancer is affectionate, responsive, kind, motherly but can also be moody and inclined to withdraw if she feels hurt. Dependency in relationships can cause issues and most likely stem from patterns experienced in childhood.

There’s a nesting instinct with Venus in Cancer too – maybe we’re just wanting to be at home, comfy in our own four walls, or maybe we’re perusing paints at the DIY store, intent on beautifying some grubby corner that has been bothering us. Comfort is everything. Get out your softest blanket, play your sweetest music, watch that weepie.

The Last Quarter Moon occurs on August 11, with the Moon in Taurus squaring the Sun in Leo. As we come to the last phase of the lunar cycle, it feels important that we set down some roots and establish some security although not at the expense of our creativity. We may feel risk averse, but the Sun in Leo reminds us that to keep life thriving, sometimes we do need to take a gamble.

Tension builds as Mars squares Pluto on August 13, again the first of three due to the retrograde period. This action of Mars will reignite the ongoing Saturn-Pluto conjunction and reactivate issues that began in January when Saturn and Pluto met. Inevitably, it seems that issues connected to the global pandemic will likely be in the foreground given that coronavirus became a global problem at the beginning of the year.

Mars square Pluto often ignites a desire for control but Pluto is stronger that Mars so we can end up pushing against an immovable force. We need to be more proactive than reactive and aware of how we are using our energies. Change is required but we’re fighting against it.

The antagonism continues as Uranus then stations retrograde on August 15 which can increase instability. As Uranus turns around, anxiety about the future reaches a critical point. In forward motion, the job of Uranus is to detach us from that which has been holding back so that we can progress. If Uranus has been activating our chart, we feel a growing sense of dissatisfaction, nerves, discomfort. When Uranus stations retrograde, we begin a journey to reconnect with parts of ourselves that we alienated because to welcome them would have meant too much change, too much of a knock to the status quo. Uranus returns those parts of ourselves that we decided ‘didn’t fit’ so that we can make the necessary changes to free ourselves from the ties that bind.

The subversive atmosphere continues as Mars then meets Eris on August 17, triggering the ongoing Eris-Pluto square. This too, is the first of three meetings between the Goddess of Discord and our Cosmic Warrior. This is a potent combination that could potentially stir up trouble -but then Eris reminds us that trouble was already there, she just pointed it out so don’t shoot the messenger!

The New Moon in Leo on August 18 forms a trine to the Mars-Eris conjunction and is conjoined with Mercury so perhaps we are now bold enough to give voice to troubling issues for all to hear. A quincunx from the New Moon to Saturn though suggests that despite our gumption, stage fright is present and underneath everything we’re worried about how we may be received by others. Despite frustration, we must accommodate for rules, restrictions, commitments and certain outdated practices.

Mercury enters Virgo on August 20, closely followed by the Sun on August 22. This turns our attention to mundane matters – housework, our daily routines, health, services. Our minds are on our work and we need to feel useful. It’s best that we keep our hands occupied to stave off nervous energy. But this can be an excellent time for getting down to the nitty gritty as details become more visible under Virgo’s critical eye. Practice until perfect. Clean your house and office. Clear out your kitchen cupboards. Clean up your diet. Move your body. Give your mind something healthy to think about. Guard against perfectionism. Everyone makes mistakes sometimes and every mistake is an opportunity to learn.

Mars squares the final of the Capricorn planets, Saturn, on August 24, again the first of three squares. Mars square Saturn speaks of pushing against resistance. It’s perfect for training muscles, getting on with a heavy, physical job, pushing through procrastination to get a piece of work completed. Impatience though can be a sticking point as we tend to want to move fast when life is asking us to slow down. Take the hint. Let things unfold at their own pace. Push too hard and something will break.

The First Quarter Moon in Sagittarius on August 25 has grown bored of the work, work, work ethic of the Sun in Virgo. Sagittarius is associated with freedom, fun, adventure. The Heavenly Archer is a no strings attached wild rover and is so done with all the cleaning and admin! Around this time there is tension because we feel the need for inspiration yet at the same time have to deal with the mundane aspects of life. It’s important that we make room for both. The promise of a few exciting frolics after a hard day’s work may make the to-do list look all the more interesting.

The final main aspect of the month is a sextile between Mars and the North Node on August 27. This is an invitation to take independent action to forge connections with others. The North Node in Gemini is all about dialogue, sharing ideas and educating ourselves on the facts. The more proactive we are with this, the quicker we evolve.