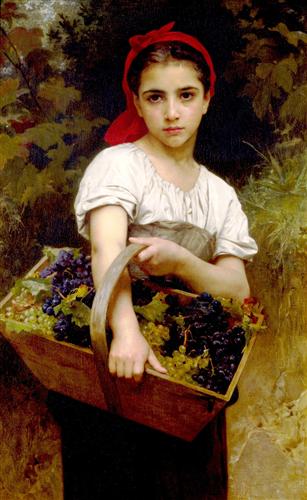 We have a big month ahead. We begin with an unobtrusive Full Moon in Pisces on September 2. Yes, sometimes we can be awash with emotions during this lunation but with the only major aspect being a sextile to objective Uranus, it feels like we have more of an ability to keep our head above water. Combining out of the box thinking with imagination should help us to find our way out of any muddles that we find ourselves in. The helpful vibes continue as we then have a grand trine between the Sun, Jupiter and Uranus from September 4 – 7. It brings with it a feeling that we’re ready for change, optimistic, willing to expand our understanding of ourselves. This could manifest as new opportunities that bring us a sense of growth and progress.

Venus enters Leo on September 6, changing our approach to love and money. Leo is dramatic, proud, creative, needing to be seen and heard. We can imagine love goddess Venus dripping in glittery jewels and preening her glorious mane of hair. Yes, she can be a drama queen under this influence but still, this transit can be a lot of fun. The way we express love under this transit is to lavish attention on a partner, make them feel special – and we do anticipate of course that we will also receive some royal treatment at some point! It’s time to indulge in a little of what we fancy, a date – or three, an afternoon spent painting, a get together with friends (even if socially distanced), listening to tunes and dancing around the room. Maybe we want to spend some of our hard-earned cash to treat ourselves or others. Leo is a generous sign that likes to make an impression – although it’s not about spending more than we can afford.

Enjoy the vibe whilst you can because Mars then stations retrograde on September 9. I wrote an article about that here. Mars stationing retrograde tells us that we are going to have to hold off goal chasing for a while and instead turn within to reconnect with our motivation and passion. As with any retrograde period, it’s a time of reassessment. Mars retrograde will give us an opportunity to explore where we might have denied ourselves what we want, root out anger that is undermining us and strengthen our willpower. Its also a test of patience. Buckle up and get ready for the long haul. Mars will be retrograde until November 14 and will leave the shadow zone on January 2, 2021.

The Last Quarter Moon on September 10 is in Gemini and square the Sun in Virgo and Neptune in Pisces. This T-square pattern suggests that we need to make a choice but we could feel caught between analysis paralysis (Sun in Virgo) and confusion (Neptune in Pisces). Whatever we decide however is likely to be important as the Moon is widely conjunct the North Node. A two-pronged approach, such as carefully sorting through details and listening to our intuition, will help us reach a decision.

Jupiter completes its yearly retrograde on September 13, stationing direct on this date. The Sabian symbol of this degree is ‘The Union Jack Flag Files From A British Warship’ which can be a volatile degree given its warring nature. Jupiter can indicate judgements and legal issues so it makes me wonder whether there might be some important developments, particularly in the UK around this time. For all of us, whilst Mars retrograde keeps us in check, we may feel a sense of relief as one part of life at least seems to be starting to develop again. The other side of the Sabian symbol is about knowing what we stand for and aligning with our true beliefs.

The New Moon in Virgo on September 17 asks us to make a new start that is geared towards making improvements in our lives. Virgo is tidy, disciplined, focused on service and doing her best. But the opposition from Neptune to this lunation could introduce disillusion and disarray. High ideals and perfectionism could get in the way of our plans. Thankfully though, there are supporting trines to the Capricorn trio (Jupiter, Saturn and Pluto) which should help to anchor us in reality and do the best with what we have.

September 19 opens a bumpy period as Mercury in Libra begins to form a T-square by opposing Mars and squaring Saturn and Pluto. It’s an argumentative pattern, given to obsessive thinking, frustrated communications and conflicting ideas. Perhaps the most important point to make here is that we need to consider what we say before we say it and avoid rushing into decisions – especially if we feel scared. With the T-square pointing to Jupiter, Saturn and Pluto, we need to stay focused on the big picture, take responsibility where we can and exert our power with awareness. The T-square will be in orb until September 27.

The season turns on September 22 as the Sun enters Libra. Now we are at the equinox, a time of equal day and equal night, we need to see whether the scales balance in our own lives too. Libra season is a time for realigning ourselves to our centre through making adjustments in our relationships and within ourselves. Libra is about healthy partnerships of all kinds, working together, cooperation, give and take. In the Northern hemisphere, this is the time of taking stock as we reach the second and main harvest period. The final harvest happens at Samhain (Hallowe’en). Consider, what has come to fruition in your life this year? Give thanks for all that you have been given.

Mercury then enters the shadow zone on September 23, preparing for the retrograde next month. With Mercury in shadow and Mars already retrograde, it’s to be anticipated that the slow down starts to become palpable. September 24 brings the First Quarter Moon in Capricorn, putting us in a serious mood as we explore what we have achieved. Whilst the Sun in Libra enjoys a little luxury (remember Libra is ruled by Venus!), Capricorn prefers to focus on the necessities. Maybe we’re having to rein in spending, spend more time at work or putting money away for a rainy day.

The financial theme continues as Mercury then enters business-minded Scorpio on September 27. Maybe we’re thinking about debts, shared resources in partnerships, business investments. This transit also pushes us to think deeply and express what is going on underneath. We also become more focused, open to research and detective work to solve troubles. Unfortunately suspicion and lack of trust can also be the hallmark of this transit as every word spoken and every gesture given seems to have an undertone to it. As Mercury will spend an extended time in Scorpio (as well as an extra two weeks in Libra), we know that it’s going to be important for us to consider our fears, complexes and shadows and do our best to bring them into the light of the conscious mind. Mercury is on a search for the truth.

The months ends on a serious note as Saturn stations direct on September 29, just as Mars forms its second square to Saturn. As Mars is retrograde and Saturn is stationing direct, it feels like this aspect is super-weighted and super-charged. It’s like an achingly slow tipping point, like waiting for the pendulum to swing back up, waiting for a slowing clock to count down the minutes. It feels like holding your breath to see who the winner is going to be and fighting to run as your body paralyses in a dream. This is stop and go, brake and accelerator all at once. The urge is to push against blocks but we can’t. We must yield to Saturn’s greater wisdom and cool Martian tempers. We can’t strike until the iron is hot.