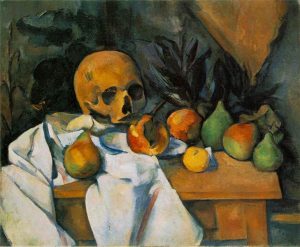 October begins with a Full Moon in Aries on October 1. This Moon brings to a head issues connected to our courage, independence, and ability to thrive. Set against the Sun in Libra, we need to explore our personal responses towards our relationships. As the Moon is conjunct wounded healer Chiron, and Mars, the ruler of this lunation, is retrograde, maybe we are feeling our vulnerability, lacking bravery, more considered than impulsive, struggling to be independent. Yet the connection to Chiron also means that healing is available, especially welcome if anger has been part of the picture.

Venus enters Virgo on October 2. During this transit love is a verb. Instead of dancing around singing ‘look at me’ or lavishing gifts on loved ones (Venus in Leo), we leave brief love notes, polish our partners shoes, make them a packed lunch for work. It’s the little things that count. Generally, we are happy with a job well done and love to help others. Feeling useful makes as feel valued. When negatively expressed, Venus in Virgo can have a sharp, critical tongue and a tendency to nag if she feels unappreciated.

Pluto stations direct on October 4. Things have been intense since the end of April and Pluto has forced us to take a long hard look at the reality of our situation and pushed us to acknowledge truths. Now that the inner work is complete, the Lord of the Underworld continues deconstructing structures that are longer useful for us.

When a planet stations, its energy tends to be more unpredictable. Pluto is stationing on the degree of the Saturn-Pluto conjunction in January this year. As Pluto finds his feet to move forwards again, a T-square begins to develop with Mars retrograde in Aries and the Sun in Libra. This pattern will be in effect from October 7 through to October 20, so for the majority of the month. Mars will square Pluto exactly on October 9, creating a perfect storm as our inner warrior faces off with dictators, toxic manipulators, governments, fears. We’re wrestling for control but there’s a danger that we’ll run out of steam if we try to push against forces that are stronger than us. Given that this is a T-square pattern, it suggests that some major regeneration (Pluto) must happen to re-establish harmony.

The Last Quarter Moon in Cancer on October 10 ramps things up even further by turning the T-square into a Grand Cross. Normally Cancer is considered a quiet sign but don’t forget The Crab has claws and is ready to defend its home and family when necessary. We may feel overwhelmed by opposition, frustrated that we can’t get ahead, unsafe and unsupported if relationships are unstable. It’s a difficult picture and we need to take care that we don’t overreact with the Moon closely opposite Jupiter. Still, Mars will form a sextile to the North Node on this date which suggests an opportunity to evolve how we use our will and strength.

After a period of peak tension, we have some respite as Jupiter forms the third and final sextile to Neptune this year on October 12. This background transit has been a soft spot to fall over the past few months. Collectively we have been invited to explore our philosophy, understand what is meaningful, find faith and spirituality in a world turned upside down by other transits! Jupiter sextile Neptune has asked us to explore ways to build a better world, find joy in unity, transcend judgements. It’s about dropping anchor in our spiritual practice.

Mercury stations retrograde on October 14, spending the first two weeks in Mars ruled Scorpio and the final week back in Libra. Given that we already have Mars retrograde currently too, expect a sense of slowing down to a standstill.  With Mercury retrograde in Scorpio, we are called to explore our shadows, unconscious motivations and confront issues around truth and trust in relationships. This is an opportunity to clear our minds and discover how much power we have when we use our voice.

The New Moon in Libra on October 16 brings the ongoing T-square to a head as the Moon and Sun oppose Mars and square all four bodies in Capricorn. A new agreement, relationship or partnership comes under direct challenge and we are forced to hold back, step back, see the bigger picture. Pallas nestled between the big three provides negotiation and problem-solving wisdom, but we are going to have to work hard to find a win-win. It’s possible that what occurs around this time will herald a new start when Mars re-visits this degree around December 12.

Mars retrograde triggers the next big thing as he squares Jupiter on October 19. I often describe Mars-Jupiter aspects as noisy! It’s the smash of boots against the pavement as a giant guard marches past and the roar of a battle cry. The problem with this aspect is that it can activate judgmentalism, exacerbate already inflamed situations and amplify anger. Positively, we could also find an increase in courage but still we have to be careful about rushing into situations headlong. We need to remember Mars is retrograde so impulsive actions and reactions won’t serve us.

Scorpio season begins on October 22 as the Sun dips into the sign of the Scorpion. During this period we are interested in illuminating what is under the surface. This is a time to explore taboos and mysteries, read thrillers, watch horror movies and examine our fears. We feel more intensely during this period, just like at night, our skin tingles at the merest hint of movement. We feel everything in stark contrast so it’s important to guard against extremes. In our relationships, we seek out intimacy but on the flip side, trust issues can become prominent during this transit. Truth is key.

The First Quarter Moon takes place on October 23. Emotionally, we are now in the cool, calm, collected realm of Aquarius – a friendly sign but one that prefers to keep its distance. Maybe we need to break away from the intensity of Scorpio and create some breathing space for ourselves but with the Moon also squaring retrograde Mercury, we could be troubled by communication glitches. Maintaining personal and emotional space whilst communicating with depth and sincerity could bring up tension as we try to straddle these two objectives.

A lull in the cosmos gives us time to think and then on October 28, Mercury retrograde returns to Libra. This part of the retrograde asks us to explore whether we are communicating effectively in our relationships. A good rule of thumb here is to listen more, speak less. Hearing each other’s side will help us to figure out whether we are on the same page. For those who are unpartnered, we may be looking at where we have been sitting on the fence with decisions. How we communicate with ourselves is as important as how we communicate with others.

Venus enters home sign Libra also on October 28. This movement should help to smooth any Mercury retrograde troubles and gives us a strong desire to work together to overcome any issues. Generally, Venus in Libra generates an artistic viewpoint. We crave harmony, aesthetic appeal, things that are nice, pretty, polite. The shadow side of this transit is dependency and a tendency to gloss over issues that seem ‘unpleasant’.

We end the month as we began, with a Full Moon in Taurus on Hallowe’en creating a perfect witchy backdrop for any celebrations. October 31 is also the ancient Celtic festival of Samhain where we honour the dead, set a place at the table for our ancestors and take stock of our lives. This is the last of the harvest festivals and as we head into late autumn and winter, we too enter the time of the crone, a time to contemplate and honour death in all its forms. This Full Moon in Taurus is conjunct Uranus – it’s kind of like the Moon hiding behind the door and shouting BOO when you walk in. Be prepared for shocks and surprises that unearth new resources and jolt you out of the same old, same old.