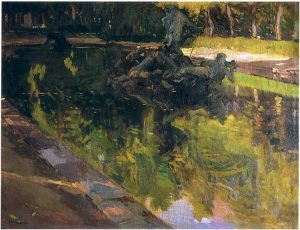 The first half of November has a strong Scorpio vibe. Scorpio is a sign associated with death and rebirth, intensity, truth and trust. It’s the sign that deals with that which is arcane, occult, hidden, criminal, taboo. It seems as though we need to wade through some deep waters to cleanse ourselves so that we can be born again.

November begins with Mercury stationing direct in Libra on November 3. Clearly with this being the US election date, we can perhaps anticipate some confusion around this period. The day that a planet stations feels ‘wobbly’ as, like the planet, we’re not quite sure whether we are coming or going. On an individual level however, hopefully by now we will have discovered some important insights that have lead to improvements in our relationships. Whether this translates to the world stage and collective events remains to be seen.

The Last Quarter Moon occurs on November 8. The Moon in creative, colourful, lively Leo wants to enjoy life, take a few risks and bask in the limelight. But the Sun in emotional Scorpio needs something deeper and isn’t comfortable about baring all unless trust has been established. Here we are dancing between light and shadow and everything seems like it’s sharply in contrast. There is intense drama, especially if we’re trying to play the part but not feeling it. Something needs to shift so that we can display our majesty with depth and truth.

Mercury direct re-enters Scorpio on November 10. We’ve already covered some of this ground before so we could see a resolution of issues that began around the end of September. Mercury in Scorpio also primes the mind to connect with unconscious motivations. Positively, this transit offers us great insight as well as the possibility of greater intimacy through honest conversation. But there can also be suspicion and mistrust and a tendency to obsess so it’s important that we remain mindful.

Jupiter’s third and final conjunction to Scorpio’s ruler Pluto occurs on November 12. The great sky God Zeus and the Lord of the Underworld have united this year to bring us a great opportunity for change. This is a giant crisis and catharsis, potentially a moment of profound understanding. Finally, we begin to see what could not be seen before thanks to Jupiter’s ability to magnify. It caught my attention the other day that a black hole eating star, caused a ‘disruption event’ visible in telescopes around the world. Back in March, when I wrote my article on Jupiter conjunct Pluto, I said I’m struck by how this transit has the potential to expose what was previously unseen through extreme (Pluto) magnification (Jupiter). So, whilst this year may have built our fears to critical levels, within all this there has been the chance to find joy in the darkness.

Mars, co-ruler of Scorpio, stations direct on November 14. I feel like I can already hear the collective sigh of relief. Yet despite the frustration, this is exactly where we’ve needed to be. Given the global circumstances, I imagine it’s better that impulsivity was curbed and we were given time to both test and build our resilience. Whilst the station of Mars may release energy that has been pent up for some time, it’s wise that we take a considered approach before rushing off half cocked as Mars will remain in the shadow zone until January 22, 2021. Much as we’d like to make up for lost time, we need to pace ourselves.

The New Moon in Scorpio occurs on November 15. Finally, it seems as though the cosmos brings us a quiet lunation. The New Moon trines spiritual, imaginative Neptune putting us in touch with the soul and our feelings whilst also forming sextiles to the Capricorn quartet (Pallas, Jupiter, Saturn and Pluto). The Scorpio New Moon is often a time where a new start requires us to close a door on another chapter before proceeding. Even if this is so, the sense is that we are ready, putting our trust in God or our vision and willing to do the necessary work.

Mercury in Scorpio exits the shadow zone on November 19 so this would be an excellent time to review the entire retrograde period to see what we learned during that time. From there, Venus enters Scorpio on November 21 intensifying our relationships and also offering a transformative experience of the heart. Partnerships can be plagued by jealousy and possessiveness if trust is missing but relationships that are on an even keel benefit from experiencing greater closeness and more quality time together.

November 21 however is also the date that the Sun moves into Sagittarius. Now we are beginning to get a change of scene. Whilst Venus is still in sultry mode, the Sun in Sagittarius invites us to look up and take in the beauty of the vast skies. During Sagittarius season, we are asked to explore what inspires us, go for our dreams, aim higher. Now we need to feel as though we are going somewhere, and it really is all about the journey, not the destination. Here we simply long for excitement, the thrill of new places and new faces. It’s not necessarily the best fit for Venus in Scorpio though as the Sun in Sagittarius prefers to be on a free rein when it comes to relationships. After all the restrictions this year – both astrologically and out there in the world, we may feel the drive towards freedom even stronger. Take time to check in with your worldview, study topics that fill you with inspiration, explore your religion (if you have one), make a vision board to symbolise your future.

We continue to dream big as we reach the First Quarter Moon on November 22. The Moon is in ethereal, oceanic Pisces whilst the Sun is still in globe-trotting Sagittarius. On the face of it, these two signs have a lot in common as Jupiter rules both (with of course Neptune also being the modern ruler of Pisces). But the square between them however, may bring up a disconnect between how we feel (Pisces) and what we believe or were taught (Sagittarius). With the Moon now in Pisces, we’re encouraged to surrender to the natural flow of things, move with the tide. It’s less about chasing the next adventure and more about exploring our inner space where other kinds of adventures await. As with any square, we may need to make some adjustments as we realise some dreams were too big, others too small.

And just as we are exploring these mystical realms, holy Neptune stations direct in Pisces on November 29. Whilst Neptune has been retrograde, we discovered where we were wishing for the impossible. Now that old dreams have evaporated, and we have got clear about where we were deluding ourselves, we can give birth to new dreams. But we also need to keep one foot on the ground, lest we be swept up in more of Neptune’s unbounded idealism.

The end of the month sees us move into eclipse season so it feels like the universe has a few more cards to play in its hand. The Full Moon lunar eclipse in communicative Gemini on November 30 could bring important news and/or require an important decision. On a global level, this eclipse could expose a belief or assumption we had that turns out not to be the truth or the whole truth. Thankfully the Moon’s sextile to Chiron suggests that whatever comes to light will teach us something important that facilitates healing.