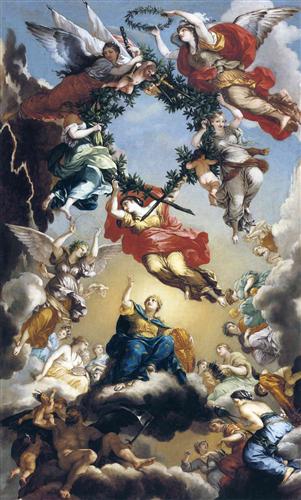 Edited Extract from Patreon Recording Transcript – The Moon is in Sagittarius, in the global 9th house, a sign and place associated with searching for the truth. This is a house connected to religion and belief and here is where we may be getting unstuck because this is a South Node Eclipse. We’re being asked to move away from old beliefs, old assumptions. With its big picture view, Sagittarius tends to make sweeping judgments: This is how it is! That’s what I believe! But with the South Node in Sagittarius and the North Node in Gemini, we’re being asked to question (Gemini) these assumptions (South Node in Sagittarius). 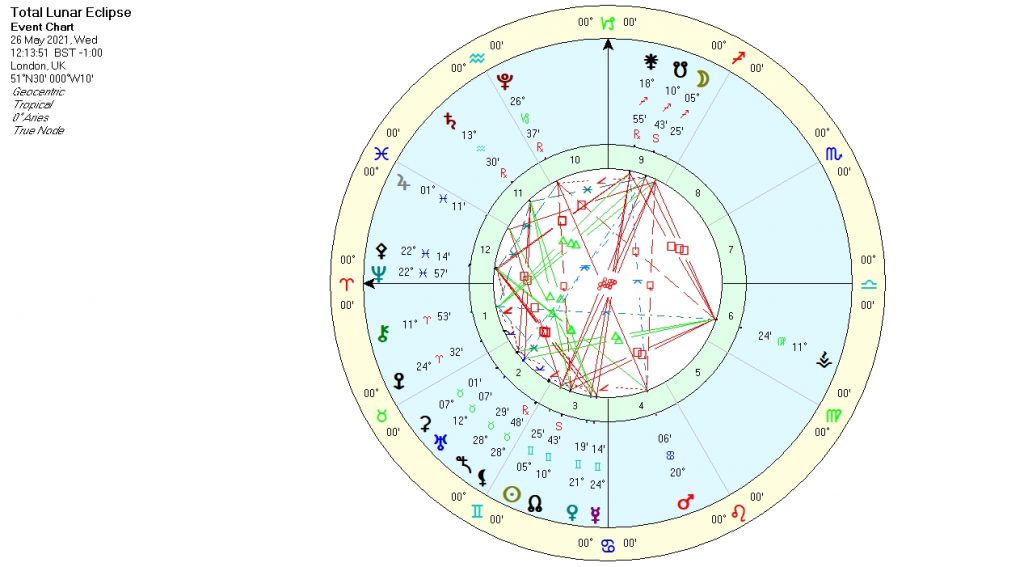 As the shadow of the Earth falls across the face of the Moon, so too do our shadows peek out. There’s something underneath everything that is informing our worldview, skewing it from the truth that we seek.

This lunar eclipse is also square to the ruler of this lunation – Jupiter. Jupiter rules both Sagittarius and Pisces so it’s a story about faith and belief with both these signs. Sagittarius, though, is much more about the human concept of faith. It’s the stories that we tell each other about who or what God or Goddess is. It’s the books and rules we create based on our faith and the morals we live by. But Pisces, a sign associated with the collective sea of the unconscious and the soul, is a place of felt experience. This is direct experience with the Gods or the universe – direct communion, no priest or mediator required. What’s happening in this chart is that a huge wave of feeling is coming up with Jupiter in Pisces, and what we’re feeling challenges the belief system we hold.

The tightest aspect from the eclipse is a sesquiquadrate to Mars. This unruly aspect shows that there is an impetus to take action to DO something – to fight, to stand up, defend. We could find ourselves barrelling towards action without thinking. In the sign of Cancer, Mars agitates emotions and memories and consequently we feel insecure. As the cosmos works to remove blinkered attitudes, smashing belief systems in its wake, we can start to feel unsafe. The inner child leaps out before our inner adult has had time to consider the consequences. If we feel triggered during this lunation, it’s important we take time to sit with the feelings, instead of running away.

I recorded a 32mins global astro-tarot reading on Patreon where, along with a deeper exploration of the aspects to the Moon, I discussed the meaning of asteroids Nemesis, Charybdis and Zeus along with the Sabian symbol. Click here to join my Patreon and listen.