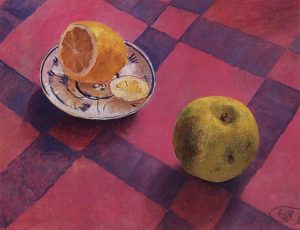 Pluto and Eris square up again on August 28. This is the fourth in a series of five potent squares. This aspect has formed part of the backdrop since January 2020, opening the door to Covid and a host of other troubles. Pluto square Eris is about deposing those who abuse their powers, dealing with the elephant in the room, ripping up the rug and looking underneath. There’s a sense of ‘evolve or die’ with Pluto square Eris and that’s pretty much how it is when we consider the state of the world right now! Eris has chucked a bad apple into the mix and now as we try to root it out, we’re also finding others. We might stand and swear at Eris for forcing us into a position where we have to go rooting through a tub of rotten apples, but Eris sweetly points out that some of those apples were rotten to begin with!

Eris square Pluto is active and for each of us, we’re forced to look at the things we don’t want to look at because we’ve got to get rid of the toxic stuff that is disempowering us. Those with planets or points around 23 – 25 of cardinal signs (Aries, Libra, Cancer, Capricorn) may feel the heat of this aspect more than others but we all have work to do.

As an aside here, I’m also noting that this latest square has been building just as the situation in Afghanistan has boiled over. My first thoughts were that this may have a connection to the US Pluto return which will be exact next year.

28-Aug-21 Pluto square Eris
The fourth of fives squares. A showdown in the collective. Intense power struggles. Calling out the shadow.

29-Aug-21 Sun square the Nodes
Turning a corner on our evolutionary path. Who you were versus who you are becoming. Work on self-improvement.