Home Astrology and World Events The US Pluto Return 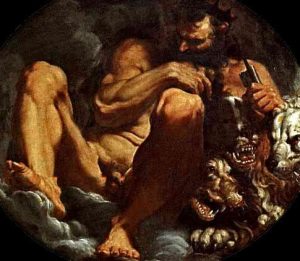 As I began writing this piece, Russia and the US were in diplomatic talks about the Ukraine. Unfortunately, it seems like those talks came to nothing. Back in January 2022, there were Russian ransomeware attacks on Ukraine which have been seen as a precursor to an invasion. Russia has lined up thousands of troops along Ukraine’s border. Biden threatened sanctions and sent heavy machinery weapons to Ukraine as back-up. Russia isn’t happy about Ukraine asking to be a member of Nato as from their point of view, Ukraine was once part of the Russian Federation. Conversation in the news seems to suggest that Putin isn’t convinced that Nato would seriously intervene if he did go on the offensive.

Britain has joined with the US in talks of catastrophic sanctions against Russia – although if it does happen, Russia still have some clout with gas prices and these are already intolerably high in the UK and elsewhere too. From some pieces I have read, economists are extremely concerned that a war would cause oil and gas prices to rise, potentially causing a catastrophic chain of events. There could also be shortages with fertiliser too, causing problems with food supplies. Manufacturing is another area that could be affected as Russia export a lot of metals like nickel.

But there is also discussion over whether the US are deliberately seeding tension. China says the US are warmongering and Putin agrees. The Ukraine President has played down suggestions of an invasion and asked the West not to create panic. But then there’s talk of Putin invading Ukraine on Wednesday February 16, 2022  – the date of the Full Moon in Leo which is quincunx Pluto. In my analysis of that lunation on Patreon, I spoke about how asteroid Pan is connected to Pluto and Pan is directly connected to ‘panic’. I suggested there could be ‘panic in the halls of power’.

In short, tensions are extremely high, no one seems to know exactly what is going on, the media are hyping everything of course to increase readership and much mention has been made about how it’s the worst things have been since World War 2 with this being the closest Europe has been to war in 70 years. 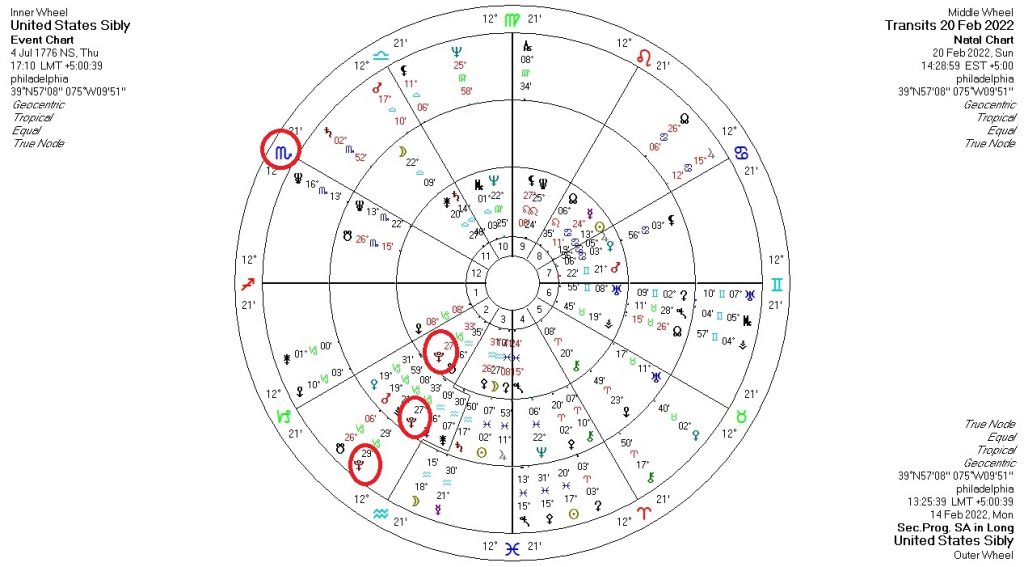 Pluto is a symbol for profound change, regeneration, cleansing. It is the phoenix born from the ashes, death and rebirth. As ruler of the underworld, Pluto rules all those things that are unseen. The unseen might be treasure – like diamonds and precious metals that form deep in the earth. Or the unseen might be crime, abuse, theft, the sleazy stuff that goes on behind closed doors. Pluto can indeed be the dictator or the warmonger. Pluto can also be straight up war.

Pluto rules the 12th house in the US chart – a secretive place that in mundane astrology rules spies, secret societies and hidden enemies of the state. Pluto speaks of the ultra-rich and powerful, those that pull the strings in government. We even have a word for someone whose power is defined by their wealth – plutocrat!

In the US natal chart, Pluto sits in the 2nd house of money and resources. It tells us that as a country, America has a lot of power when it comes to the world’s resources. Indeed, currently America is the only country in the world to be regarded as a superpower – a Pluto word if ever there was one. The US has the largest economic and military power in the world. What happens with this superpower changes the shape of the world. Given that Pluto is on a mission to deconstruct the current system whilst travelling through Capricorn, it’s only natural, astrologically speaking, that America will be most affected by this transit. There is an old saying that what happens in Vegas stays in Vegas – but that is not true for the Pluto Return. All those (12th house) secrets will come out. What happens in America ripples out across the planet. The rise and fall of great nations affects everyone

Trigger dates to watch this year
March 2, 2022 – Mars conjunct Pluto (and New Moon in Pisces)
July 1, 2022 Mars square Pluto
July 13, 2022 Full Moon in Capricorn
This is also around the final time Saturn conjoins the progressed Moon – the US has been enduring Saturn chasing the Moon since 2019 which can manifest as a low mood in the general public, hard times for women and families.
July 18, 2022 Ceres opposite Pluto (in mythology, these two were enemies.)

The Pluto return has been in effect for the past couple of years, but it is this year, 2022, that the US Pluto return becomes exact. We can anticipate that this will be the crisis point. This is the time when the most change occurs, when the most pressure is applied (to force change). Pluto’s action is relentless, forcing us to let go of what no longer works, forcing us to deal with toxic material deep in the psyche – or in the collective psyche as this is a place not a person. Pluto can evoke fear but it’s necessary to move beyond the shadows, to come to a place of truth. Practically speaking, it’s likely that there will be massive tests to America’s economy given that Pluto is in the 2nd house. In mundane astrology, the 2nd house specifically relates to the banks, the stock exchange, all financial institutions and money markets, trade and investment. I would anticipate a ‘death and rebirth’ in these areas of life for the US. Is this a stock market crash? Possibly. Or perhaps it’s simply that the price of oil goes through the roof? Technically speaking, oil comes under the domain of Neptune but I personally associate oil with Pluto. If the price of oil goes up and up, this could cause economic collapse. Whatever the situation, we know that issues of power and control around huge wealth, reserves and investments are in the spotlight during the Pluto return. The Plutocrats themselves are likely to get a private meeting with their God, and I don’t expect it’ll be pretty because there’s only room for ONE Lord of the Underworld as far as Pluto is concerned!

What makes the story of the US return even more potent is that in the US progressed chart, Pluto is anaretic in Capricorn. This is ultra-materialism. Ultra-capitalism. Absolute totalitarianism. Absolute authority. Absolute power – and remember the old adage, absolute power corrupts absolutely…

Pluto by transit will reach this anaretic degree next year. I have put the exact dates above as these will, like the degree itself, represent a critical period of development. Anaretic planets are by their nature volatile, unstable, apt to work in wild ways. They can be a kind of no man’s land, a place where anything can happen. Anaretic degrees shout from the chart. They can feel volcanic, especially with Pluto! Intense pressure is building underground – maybe it’s literal and speaks of earthquakes, or maybe it is symbolic and this is an ‘earthquake’ around the US financial sector and/or the ultra-rich. This is a seismic shift for sure.

But this is a long, long process. Although this year (2022) is critical due to the Pluto return, Pluto by progression will be on this anaretic degree until July 2049 – so we’re looking a long way ahead here. Issues connected to resources, power, corruption, control, etc. will be critical until the US progressed Pluto enters Aquarius in 2049. Looking even further ahead, the US progressed Pluto will actually return to the anaretic degree of Capricorn in 2104. Yes, of course this is beyond our lifetime but the point is that what we do now, or rather, what America does now, will be revisited in 2104. Let’s hope for our descendant’s sake that the powers that be pay attention to what is truly needed because right now, we could say we’re setting the seeds of the future. Or perhaps a better image would be that what we do now will either fertilise or destroy future growth. This is why things feels so intense right now, because we, as the human race, are at a critical point as illustrated by our superpower’s critical anaretic Pluto.

The South Node, the symbol that speaks of old karma and letting go, has recently just moved into Pluto-ruled Scorpio. So we know then that this intense process of regeneration that the US is undergoing, along with the global deconstruction of systems that Pluto in Capricorn represents, is tied in with global karmic themes. There are consequences from the past as well as a push to release what no longer works. This is what we need to do to secure our resources for the future. The best of Taurus says ‘come in, sit at the table, there’s enough pie for everyone’. The best of Scorpio knows that sharing brings us closer together and creates unbreakable bonds.

We’re all feeling the pressure to some degree. This is a critical turning point in history. What we do now matters – remember that Capricorn is ruled by serious Saturn, Lord of Karma. Neither Saturn or Pluto are ones to mess about. As I mentioned in a post I made on social media the other day about my own journey with Pluto squaring my natal Mercury, cleaning up the world means cleaning up my psyche too. Whilst the majority of us don’t have much of a say in the halls of power, and certainly those of us outside of America have no say at all in who governs there, we do have a say in what we think, how we respond in the face of fear, what we are willing to endure for the sake of constructive change. Many feel like we are at war with each other and worse, many of us are at war with ourselves. Collectively, we are all learning something about confronting our inner demons and learning where our true power lies. This is the work that Pluto requires. This is the work that can reshape and rebirth our world to a system built on truth and transparency, rather than fear and loathing. Imagine that.