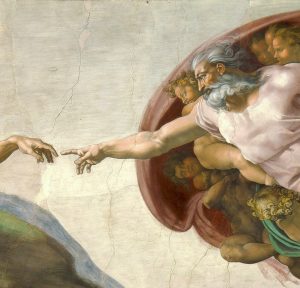 Excerpt from Patreon – Uranus perfects its conjunction to the North Node on July 31. Mars is right behind it and will conjoin Uranus on August 1/2 depending on your time zone. So, reading this transit, I am including the influence of Mars as it’s uniquely bound into the mix.

Uranus conjunct the North Node is a sudden realisation as to where we are going. This is a cosmic jump-start! On a mundane level, maybe it’s shockwaves in the natural world, in the farming industry, in the world’s financial industries and maybe in crypto too. I’m noting that Elon Musk has just sold his Bitcoin in the last couple of weeks which has sent that currency into a tailspin. Will it have a knock-on effect? Perhaps. I wonder if he knows something that others don’t know, or maybe he’s just bored, who knows!

Uranus has the ability to free us from that which was holding us back – remember the square to Saturn! Is this a revolutionary act against the old guard? Is this a sudden awakening? Is it UFO’s, a technical wonder, a much-needed sign of progress? Or is it a collective shock to the system that jolts us onto our karmic path? There are so many questions because Uranus likes to surprise us. The old adage, ‘expect the unexpected’ is apt here. Whatever happens, things are about to change. The Sabian symbol for this triple conjunction between Uranus, Mars and the North Node is ‘A New Continent Rising Out Of The Ocean.’ The new world starts here. Buckle up.

25-Jul-22 Venus square Jupiter. Juno stations retrograde
Hungry for more of what we love. Abundance versus greed. A need to withdraw to ponder our commitments.

27-Jul-22 Mercury trine Chiron
Talking about what needs to be healed. Talking with teachers and mentors. Mental health matters. Conversations with doctors, helpers and healers.

29-Jul-22 Mercury square North and South Nodes
A change in thinking or a creative connection is required for karmic evolution. Speak up.

31-Jul-22 Mercury opposite Saturn Venus square Chiron. Uranus conjunct North Node. Sun trine Jupiter
Hard conversations. Healing heartache. Healing money problems. A thrilling karmic awakening. A shock that takes us out of the comfort zone and onto the path of freedom. A cosmic jumpstart! Fast track to the future.

Painting – ‘The Creation of Adam’ [detail] by Michelangelo