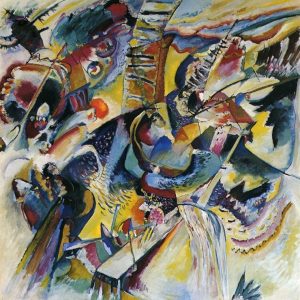 Excerpt from Patreon – Mars will conjoin the North Node on August 1 and then join Uranus on August 2. Mars conjunct the North Node alone speeds up evolution. It could bring us in touch with important male figures or figures who inhabit Martian energy – fast movers, antagonists, warriors, racing drivers, engineers. I’m also thinking of freedom fighters, leaders of the rebellion! Essentially Mars activates the Uranus conjunction to the North Node, rings the bell, gives it a power boost! Things are hotting up here as Mars stimulates, antagonises, animates. I used the analogy before but it’s worth using it again – it’s a cosmic jump start! This futuristic engine, this wonderful flying machine, is about to take off and who knows what will happen. This is why we need to pay attention because we may need to have quick reactions. Mars represents speed so these are changes that come at speed. However, because of the abrupt, quirky, impulsive nature of Mars conjunct Uranus, we also need to watch what we are doing because it’s easy for accidents to happen. We move too quickly, get distracted, leap without looking. There’s also the potential for ‘rage against the machine’ type scenarios – whether it’s the car that blows a gasket or feeling riled up by a lack of human response or swearing at a fritzing laptop! Machinery becomes unpredictable. Uranus can be robotic.

As mentioned in my other forecasts, this aspect speaks strongly of the rumblings in financial circles, both cryptocurrency and the stock markets. Everything is being shaken to its very foundations. Both collectively and personally, there is certainly some potential excitement here, especially if we have the courage to take the unknown road. The universe presents an alternative, a new possibility, the notion to try something different. It’s like God saying, I double dare you!

02-Aug-22 Mars conjunct Uranus. Venus sextile North Node and Uranus.
Freedom fighters and revolutionaries. Impulsive and accident prone. The future cannot come fast enough. Rage against the machine. Remember we are family. Give loved ones space whilst maintaining a sense of loving connection.

03-Aug-22 Venus sextile Mars.
Attracting what we want. Harmony in relationships. Invest in your goals.

05-Aug-22 First Quarter Moon in Scorpio.
Confront fears so that you can live from the heart. Playful fun versus deep connection. The balance of dark and light, yin and yang.